The Seismic Link Between Fracking and Earthquakes

Ohio regulators did something last month that had never been done before: they drew a tentative link between shale gas fracking and an increase in local earthquakes. As fracking has grown in the U.S., so have the number of earthquakes—there were more than 100 recorded quakes of magnitude 3.0 or larger each year between 2010 and 2013, compared to an average of 21 per year over the preceding three decades. That includes a sudden increase in seismic activity in usually calm states like Kansas, Oklahoma and Ohio—states that have also seen a rapid increase in oil and gas development. Shale gas and oil development is still growing rapidly—more than eightfold between 2007 and 2o12—but if fracking and drilling can lead to dangerous quakes, America’s homegrown energy revolution might be in for an early end.

But seismologists are only now beginning to grapple with the connection between oil and gas development and earthquakes. New research being presented at the annual meeting of the Seismological Society of America this week shows that wastewater disposal wells—deep holes drilled to hold hundreds of millions of gallons of fluid produced by oil and gas wells—may be changing the stress on existing faults, inducing earthquakes that wouldn’t have happened otherwise. Those quakes can occur tens of miles away from the wells themselves, further than scientists had previously believed. And they can be large as well—researchers have now linked two quakes in 2011 with a magnitude greater than 5.0 to wastewater wells.

“This demonstrates there is a significant hazard,” said Justin Rubinstein, a research geophysicist at the U.S. Geological Survey. “We need to address ongoing seismicity.”

Rubinstein was speaking on a teleconference call with three other seismologists who have been researching how oil and gas development might be able to induce quakes. All of them noted that the vast majority of wastewater disposal sites and oil and gas wells weren’t connected to increased quake activity—which is a good thing, since there are more than 30,000 disposal wells alone scattered around the country. But scientists are still trying to figure out which wells might be capable of inducing strong quakes, though the sheer volume of fluid injected into the ground seems to be the driving factor (that’s one reason why hydraulic fracturing itself rarely seems to induce quakes—around 5 million gallons, or 18.9 million L, of fluid is used in fracking, far less than the amount of fluid that ends up in a disposal well).

“There are so many injection operations throughout much of the U.S. now that even though a small fraction might induce quakes, those quakes have contributed dramatically to the seismic hazard, especially east of the Rockies,” said Arthur McGarr, a USGS scientist working on the subject.

What scientists need to do is understand that seismic hazard—especially if oil and gas development in one area might be capable of inducing quakes that could overwhelm structures that were built for a lower quake risk. That’s especially important given that fracking is taking place in many parts of the country—like Oklahoma or Ohio—that haven’t had much experience with earthquakes, and where both buildings and people likely have a low tolerance to temblors. Right now there’s very little regulation regarding how oil and gas development activities should be adjusted to reduce quake risk—and too little data on the danger altogether.

“There’s a very large gap on policy here,” says Gail Atkinson, a seismologist at the University of Western Ontario. “We need extensive databases on the wells that induce seismicity and the ones that don’t.”

So far the quakes that seem to have been induced by oil and gas activity have shaken up people who live near wells, but haven’t yet caused a lot of damage. But that could change if fracking and drilling move to a part of the country that already has clear existing seismic risks—like California, which has an estimated 15 billion barrels of oil in the Monterey Shale formation that could only be accessed through fracking (limited fracking has been done in California, but only in the lightly populated center of the state). Environmentalists who seek to block shale oil development in the Golden State have seized on fears of fracking-induced quakes, and a bill in the state legislature would establish a moratorium on fracking until research shows it can be done safely.

Regulation is slowly beginning to catch up. In Ohio, officials this month established new guidelines that would allow regulators to halt active hydraulic fracturing if seismic monitors detect a quake with a magnitude of 1.0 or higher. But it will ultimately be up to the oil and gas industry to figure out a way to carry out development without making the earth shake.

“I am confident that it is only a matter of time before we figure out how to exercise these technologies in a way that avoids significant quakes,” says Atkinson. Otherwise the fracking revolution may turn out to be short-lived. 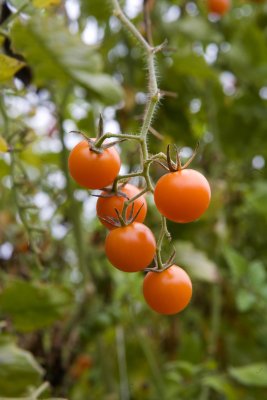