Snapchat launched new features on Thursday that will allow users to send text messages and video chat live with friends.

“Until today, we felt that Snapchat was missing an important part of conversation: presence,” Snapchat said on its blog.

The new tool, appropriately called “Chat,” aims to make the app a crucial part of phone-based conversations. Snapchat conversations will now go beyond sending quick photo and video exchanges with friends. Users will now be able to swipe right on a friends name to open a text-based chat screen. Snapchat will alert you when your friends are online, active and giving you “full attention.”

When both people in a chat are present, users can also share live video streams. Those streams be one sided or both users can choose to video chat. Take your finger off the screen, and your side of the video conversation is done.

In true Snapchat ephemeral form, once users leave the conversation, all text and video footage disappears, leaving no log behind. However, Snapchat points out that users only have to tap the screen to take a screenshot of the conversation.

Snapchat’s launched its last major new feature, Stories, in October. Stories are a way for users to share their Snapchats with all their followers as opposed to sending them to select friends.

Snapchat users could previously send short text messages in a workaround that involved placing their hand in front of their camera lens, taking a photo and adding text to the blank image. 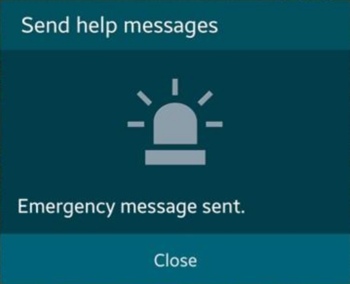 3 Free Personal Safety Apps That Can Call for Help
Next Up: Editor's Pick