In the midst of the phone-hacking scandal that shook news magnate Rupert Murdoch’s empire in 2011, former British Prime Minister Tony Blair offered some friendly advice to a Murdoch executive, according to an email made public in a London court Tuesday.

“It will pass,” Blair allegedly told News International executive Rebekah Brooks, who is on trial for charges related to phone hacking. “Keep strong.”

The email was sent by Brooks to Murdoch’s son James in July 2011, when the former News of the World editor was already embroiled in allegations that staff at some of Murdoch’s British newspapers had hacked the phone lines of celebrities, politicians, and members of the British Royal Family, and bribed police officers to publish stories.

Brooks’ email claims that Blair had offered himself as an “unofficial adviser” to Brooks, Murdoch and his son James. Blair also allegedly urged Brooks to form an independent outside unit to investigate the allegations and produce a “Hutton-style report,” referring to a judicial inquiry set up by Blair to investigate the build-up to Britain’s involvement in the war in Iraq. The former Prime Minister also recommended Brooks take sleeping pills, the e-mail said. A spokesman for Blair said he was “simply giving informal advice” to Brooks.

Blair’s alleged suggestions to Brooks are at odds with public statements the former Prime Minister made just three days before thee alleged phone call, Reuters reports, when he lambasted the hacking scandal as “beyond disgusting.”

The revelation is part of the ongoing trial of News International executives on charges of hacking, including the former communications chief of Prime Minister David Cameron. All parties deny the allegations. 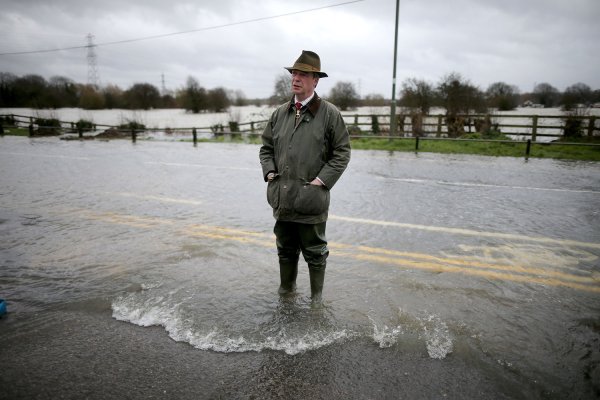 Wet U.K. Swamped by Floodwaters and Politicians
Next Up: Editor's Pick