How a Smartphone Device Aims to Detect Oral Cancer

While oral cancer is relatively straightforward for dentists to diagnose, there is a smartphone device that is supposed to be a low-cost solution for detecting cancerous oral lesions in parts of the world where access to dentists is extremely limited.

Scientific American just profiled a team led by Dr. Manu Prakash at Stanford University that has developed an easy-to-use screening device called OScan, which attaches to a smartphone or digital camera so health workers can take photos of a patient’s mouth and digitally send them to an offsite expert for analysis—expediting diagnoses to help saving lives.

The device is being tested in India, where in most rural parts of the country there’s statistically one dentist per 250,000 people—oral cancer goes unnoticed and therefore untreated. The incidence of oral cancer is 12.6 cases per 100,000 people, an unusually high rate. In south-central Asia, oral cavity cancer ranks in the three most common cancers in the population.

Worldwide statistics on oropharyngeal cancer are grim, particularly in developing countries (which consume fully 71% of the world’s tobacco). The World Health Organization reports that “sharp increases in the incidence rates of oral/pharyngeal cancers have been reported for several countries and regions such as Denmark, France, Germany, Scotland, central and eastern Europe and to a lesser extent Australia, Japan, New Zealand and the USA.” 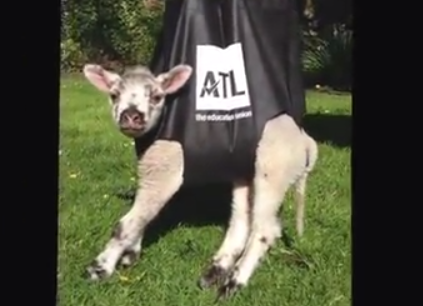 Watch a Baby Lamb Learn to Walk
Next Up: Editor's Pick