Was it protest, performance art, or vandalism? The question lingers after news broke that a Florida man deliberately trashed a vase by Chinese artist and dissident Ai Weiwei. His act echoes one of Ai’s most famous works, Dropping a Han Dynasty Urn (1995), a triptych that shows him destroying a Chinese artifact.

Artist Maximo Caminero, 51, told Miami police he dropped the paint-dipped vase to protest the fact that Pérez Art Museum Miami features international, not local, work. The Dropping a Han Dynasty Urn pictures were hanging behind the soon-to-be-smashed Colored Vases (2006-2012). “I saw it as a provocation by Weiwei to join him in an act of performance protest,” Caminero told the Miami New Times.

Provocative? Perhaps. Definitely costly. Caminero said he thought the vase was a “common clay put you would find at Home Depot.” It was not. The paint-dipped, Han dynasty vase may be worth as much as a $1 million. And Caminero faces criminal charges. 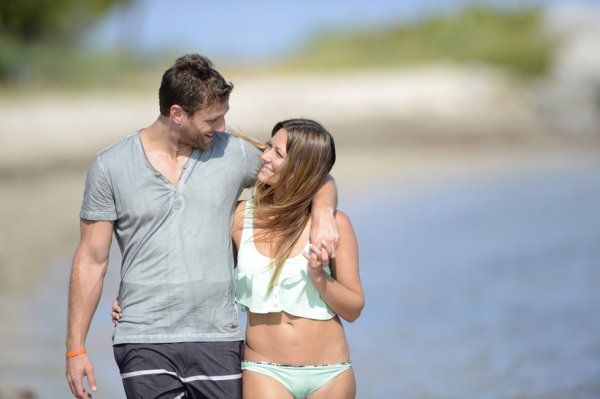 'The Bachelor Watch': Juan Pablo Gets Dumped In His Hometown
Next Up: Editor's Pick