The Origins of Writerly Words

An “authorism” is a word, phrase or name created by an author or journalist—a literary neologism. It was coined for the express purpose of giving a name to my new book Authorism: Words Wrought by Writers, published this month in honor of William Shakespeare’s 450th birthday.

The works of Shakespeare, whose written vocabulary consists of 17,245 words, includes hundreds of authorisms. Some of them, true nonce words, never went further than their appearance in his plays, But others, like “bump,” “hurry,” “critical” and “bedazzled,” are essential parts of our standard vocabulary today. Extraordinary claims have been made for the Bard’s ability to coin words. A number of recent books claim the count to be at 1,700. These numbers work only if, and here’s the rub, you count phrases like “brave new world,” “all’s well that ends well,” “setting your teeth on edge,” “being cruel only to be kind” and so on. These numbers also hint at the term George Bernard Shaw created for excessive worship of Shakespeare: bardolatry.

John Milton coined the most new words in the English language, with Geoffrey Chaucer, Ben Jonson, John Donne, Sir Thomas Moore and Shakespeare not far behind. Milton is credited with 630 neologisms, from “ensanguined,” “emblazonry” and “horrent” to the more commonly used “earthshaking,” “lovelorn,” “fragrance” and “by hook or crook,” as well as “pandemonium.”

Chaucer’s immense contribution of thousands of written words, with many originals, gave us “bagpipe” and universe,” while Moore contributed “anticipate” and “fact.” Ben Johnson invented 558 words, and John Donne minted 342.

Of Shakespeare’s 17,245 words, only about slightly less than 500 original words could be truly attributed to him. The Bard is credited for many “first use” of words and phrases in the Oxford English Dictionary, which is distinct from saying he invented the terms.

In contrast, Mark Twain, didn’t take credit for any words, but did claim that he popularized the phraseology of the Mississippi River and Gold Rushes of Nevada and California (for example, “hardpan,” “strike it rich” and “Bonanza”). Twain may have been too modest, as he did at least add new meaning to existing words like “hard-boiled,” which he turned into an adjective for tough or hardened. Similarly, Charles Dickens gathered many of his fresh terms and phrases from the slums and underworld of London.

The writers who create large bodies of new words tend to be those who are creating a world apart, whether it is Orwellian (Big Brother, 1984, “doublethink,” “newspeak”) or one seen through the looking glass (“slithy,” “chortle,” “tugly”). In general, modern writers have a tougher time of it because so many words have already been invented and, it has been said, that the odds of placing a new word is about the same as that of any given acorn producing a full-blown oak tree. Sinclair Lewis attempted to launch a series of words, including “Kiplingo” for the overblown language of Rudyard Kipling, “teetotalitarian” for those who imposed Prohibition on the land and “philanthrobber” for a robber baron who dabbled in philanthropy; but it was Babbitt, his great eponym for a conformist American businessman who traded his ethics and chivalry for a Buick, that stuck.

On occasion, a writer will coin a fine neologism that spreads quickly but then changes meaning. “Factoid” was a term created by Norman Mailer in 1973 for a piece of information that becomes accepted as a fact even though it’s not actually true, or an invented fact believed to be true because it appears in print. Mailer wrote in Marilyn, “Factoids…that is, facts which have no existence before appearing in a magazine or newspaper, creations which are not so much lies as a product to manipulate emotion in the Silent Majority.” Of late, factoid has come to mean a small or trivial fact that makes it a contronym (also called a Janus word) in that it means both one thing and its opposite, such as “cleve” (to cling or to split), “sanction” (to permit or to punish) or “citation” (commendation or a summons to appear in court). So factoid has become a victim of novelist C.S. Lewis’s term “verbicide,” the willful distortion or deprecation of a word’s original meaning.

My best-known neologism is “word word,” which is repeated to distinguish it from a seemingly identical word or name, such as “mail mail,” for that which is sent through the postal service, or “grass grass,” for distinguishing the stuff of lawns from marijuana. The proper name for word word is “contrastive focus reduplication,” but word word is leaving it in the dust and now appears in the Oxford Companion to the English Language.

Paul Dickson has written a dozen word books and dictionaries, including Words from the White House, The New Dickson Baseball Dictionary, The Congress Dictionary (with Paul Clancy), Slang and Drunk. An occasional contributor to the late William Safire’s “On Language” column in The New York Times, Dickson has coined several words of his own, including “demonym” (the name for a person from a specific locality, e.g., New Yorker). 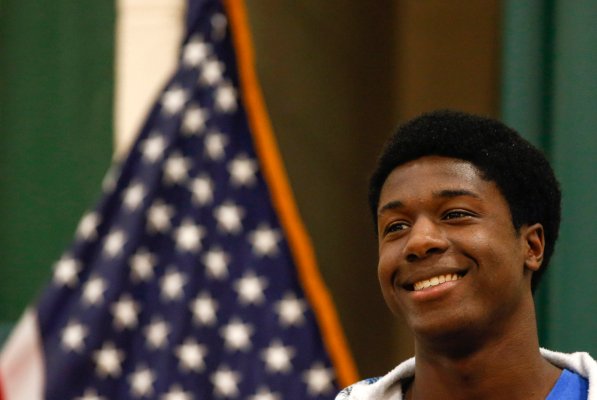