U.S. Economy Slows to a Crawl in First Quarter of 2014

A trader works on the floor of the New York Stock Exchange at the end of the trading day in New York, April 25, 2014.
Justin Lane—EPA
By Sam Frizell

The U.S. economy slowed dramatically in the first quarter of 2014, as severe winter weather across much of the country depressed business investment and home construction.

The data reported by the Commerce Department early Wednesday fell far short of the expectations of Wall Street economists, who had predicted a 1.2 percent rate of growth this quarter, the New York Times reports.

Consumer spending, the biggest driver of economic growth in the United States, actually grew 3.0 percent in the first quarter, nearly consistent with 2013’s fourth quarter growth of 3.3 percent. But nonresidential investment decreased dramatically, as did did exports of goods and services.

Republicans were quick to blame the Obama administration for the first quarter’s measly growth. “This report is more than a low number,” said Brendan Buck, the spokesman for Speaker of the House John Boehner. “It is a reflection of the real economic despair that persists in the sixth year of the Obama presidency.”

Economists said the figures were disappointing, but expect the economy’s growth rate to return to between 2.5 and 3 percent in 2014, the Times reported. Analysts were in agreement that much of the hit in the first quarter was due to inventory growth in the end of 2013 and seasonal factors.

“We do not take this report as a serious representation of the state of growth in the economy,” John Ryding and Conrad DeQuadros of RDQ Economics said, according to the Wall Street Journal. “We believe that real growth will run ahead of 3% over the balance of the year.”

Tim Hopper, chief economist for the financial services company TIAA-CREF said the “recovery is still on track” despite the poor quarter. “While the 0.1% increase in first quarter GDP does not look very good at first, a deeper dive into the report shows that the underlying economic fundamentals are still relatively positive,” Hopper added. 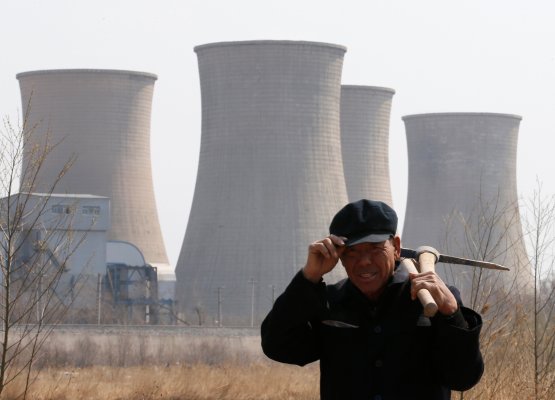 China Could Surpass U.S. as World's Largest Economy
Next Up: Editor's Pick