An Xbox First: Microsoft's Xbox One to Be Sold in China

Remember that story about China unbolting its ironclad gates to foreign game system sales back in January? It looks like Microsoft’s going to be one of the first foreign companies to walk through, taking its Xbox One where no Xbox has (legally) gone before: Microsoft says its flagship games console will go on sale in China this September.

It’s part of a deal with China-based media conglomerate BesTV, a subsidiary of Shanghai Media Group, that describes itself as “principally engaged in the provision of technical services, content services and marketing services for TV terminals, computer terminals and mobile terminals through media source platforms.”

China instigated a ban on selling game consoles not made by Chinese companies back in 2000. The ban included unscientific concerns about players’ mental well-being, and in the end probably had more to do with keeping foreign corporations out.

But the games market in 2014 is a totally different animal (among other things, it’s far more lucrative), and you have to assume the Chinese government’s motivations are economic — that China’s State Council views the financial rewards now outweighing any supposed cultural concerns.

China’s the most populous nation on the planet, after all, with over half a billion gamers (according to Microsoft). It’s also long been a wellspring for design essentials like asset creation — one of the most expensive aspects of large-scale game design — in games played everywhere else. So Microsoft’s Yusuf Mehdi isn’t just grandstanding in the following video when he says there’s an “opportunity to create globally and locally created content.” That’s already been happening in spite of the ban for years.

After China lifted the ban in January, foreign companies were to seek the approval of the Chinese government to get officially green-lit to make and sell game systems in the country. Microsoft seems to have done this very quickly, and its gateway in (and perhaps government-liaised gatekeeper) will be BesTV. (And isn’t it interesting that U.S.-based Microsoft is first through the door, not Sony or Nintendo, both Japan-based companies, which may or may not have anything to do with historical China-Japan tensions.)

Not that selling popular foreign game consoles is any kind of business bonanza guarantee. As Games in Asia noted last September, it’s not like China’s gaming demographic is on tenterhooks to buy Xboxes and PlayStations and Wii Us through legitimate channels. The gray market already handles most of that demand, and it sounds like it’ll probably be significantly more expensive to go through legit channels once you factor in the cost of new games (to say nothing of piracy’s impact). Regardless, it’ll be fascinating to watch what happens this fall, and how it’ll impact Sino-American relations rolling forward. 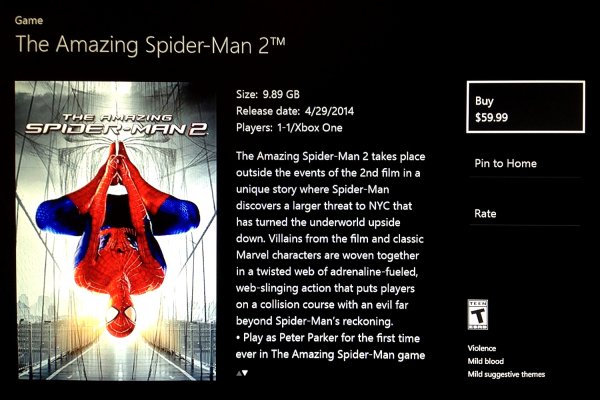 Just Kidding: The Amazing Spider-Man 2 Is Available for Xbox One After All
Next Up: Editor's Pick