Federal prosecutors are reportedly close to bringing criminal charges against two of the world’s biggest biggest banks, Credit Suisse and BNP Paribas, preparing the way for what could be the first guilty plea from a major bank in decades.

The New York Times, citing anonymous sources, reported that prosecutors have outlined plans to charge French bank BNP Paribas for doing business with countries that are on the United States’ sanctions list, such as Sudan. A federal investigation into Credit Suisse for offering tax shelters to Americans could also yield a guilty plea.

The new focus on bringing criminal charges against major banks bucks a regulatory trend in Wall Street, whose largest institutions have been largely immune to criminal prosecutions over wrongdoing for two decades. The planned prosecutions against BNP Paribas and Credit Suisse could help mollify public outrage over banks’ apparent immunity to criminal charges.

BNP Paribas said Wednesday that it may end up paying much more than the $1.1 billion it has set aside for alleged U.S. sanctions violations in the face of planned criminal charges, the Wall Street Journal reported. The French bank, which has a huge investment arm in the United States, allegedly did business with countries including Iran, Sudan and Cuba.

In the past, prosecutors have hesitated to bring criminal charges against major banks for fear of putting them out of business and damaging the economy. But prosecutors have met with regulators to discuss strategies to criminally punish banks like BNP and Credit Suisse and at the same time make sure their charters aren’t revoked.

Past investigations into major Wall Street banks like JPMorgan for its ties with Bernie Madoff’s massive fraud scam, and HSBC, accused of “stunning failures” in preventing money laundering, have yielded multibillion-dollar fines, but no criminal charges.

In a recent speech, however, Preet Bharara, the U.S. Attorney in Manhattan warned of coming criminal prosecutions. “You can expect that before too long a significant financial institution will be charged with a felony or be made to plead guilty to a felony, where the conduct warrants it,” he said. 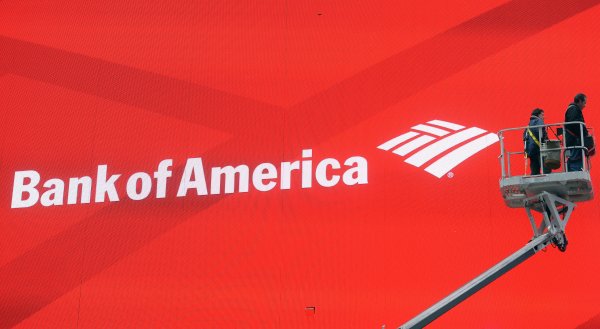 BofA Doled Out $6B in Legal Fees Last Quarter
Next Up: Editor's Pick