Novelist Tess Gerritsen filed a lawsuit against Warner Bros. on Tuesday, claiming the studio failed to acknowledge that its box office smash Gravity was partially based on one of her books, and that it now owes her 2.5% of the movie’s net profits.

Gerritsen’s suit isn’t for copyright infringement, reports the New York Times, since a Warner Bros. subsidiary bought the film rights to the novel Gravity in 1999. The lawsuit claims that Warner Bros. is in breach of contract, as the studio failed to give the author a “based upon” credit in the film, which was a stipulation in the sale of her novel’s rights. Also a stipulation, according to Gerritsen’s suit, was a production bonus of $500,000 if the movie were made and a fee of 2.5% of net profits from ticket and DVD and TV reruns.

Interestingly, Gerritsen didn’t originally believe that the 2013 film, from writer and director Alfonso Cuarón, had anything to do with her novel, despite the fact that the two had the same title, setting and general plot. (Both feature a woman astronaut stranded in space.)

Yet Gerritsen’s lawyer, Glen L. Kulik, told the New York Times that the author now believes Cuarón based his script on her novel, after discovering some unnamed, mystery information. “We’ve since come up with some other ties through a little investigation,” he told the Times, somewhat cryptically.

Neither Warner Bros. or Cuarón responded to the Times‘ requests for comment. The film Gravity won seven Oscars and took in more than $716 million at the box office, which means Gerritsen could be looking at a $17 million payday if her suit is successful. 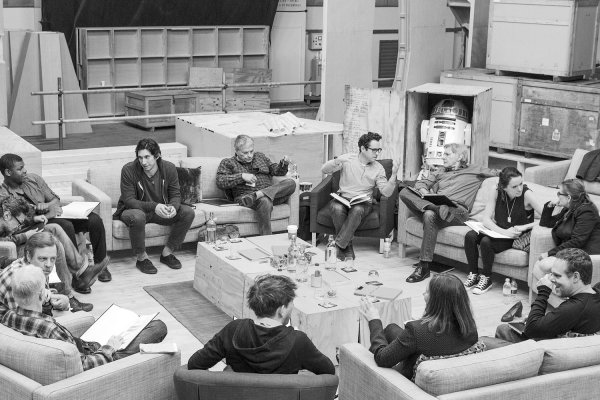 See Photos of All the New Star Wars Cast Members
Next Up: Editor's Pick