Laverne Cox attends the TIME 100 Gala, TIME's 100 most influential people in the world, at Jazz at Lincoln Center on April 29, 2014 in New York City.
Ben Gabbe—Getty Images for TIME
By Lily Rothman

Ronan Farrow cut a rug with Laverne Cox on Tuesday.

The MSNBC host shared a table with the Orange Is The New Black actress at the TIME 100 gala in New York and then danced during dessert. Farrow praised Cox, who is also a transgender advocate, as being “at the forefront of a nascent enough rights movement that you can see change on almost a daily basis.”

Farrow said he was excited to learn he was sitting with Cox.

Cox, who was recently named a grand marshal in New York’s Pride Parade, said she was just as excited to meet Farrow—who she described as a “delight.” Cox also reconnected with Katie Couric for the first time since her appearance on Katie in January. Though Couric was criticized for her questions about transgender issues, Cox said things between the two of them are “amazing.”

“I hadn’t seen her since I did her show but we had an amazing talk,” Cox said.

Here’s a photo Cox posted of herself with Farrow: 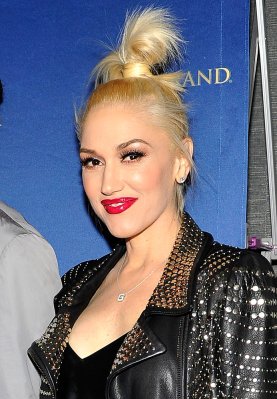 No Doubt About It, Gwen Stefani's Joining The Voice
Next Up: Editor's Pick