One of the rescued Japanese scuba drivers arrives in Sanur, on the Indonesian island of Bali, on Feb. 17, 2014.
Agung Parameswara—Getty Images
By Dan Kedmey

Five of the seven Japanese scuba divers who went missing on Friday have resurfaced alive off the coast of the Indonesian island of Bali.

According to the Guardian, the group drifted through 20 km of open sea, buffeted by wind, rain and powerful currents. Three days later fishermen spotted the survivors clinging atop a coral reef. They were rescued later on Monday and treated for abrasions, severe sunburn and dehydration.

The sixth member of the diving team was found dead on Tuesday, floating off of the southeastern tip of the holiday island. Indonesian rescue workers have yet to determine the whereabouts of the seventh member, according to the BBC. 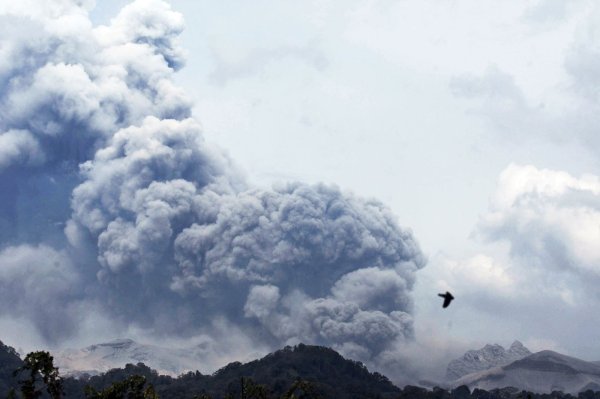