Hop on Pop
By Laura Stampler

A father’s rights advocate finally stood up and said enough to librarian apologists who spread the lascivious gospel of Dr. Seuss’s classic Hop on Pop.

The Toronto Public Library released its annual review committee notes Monday, which included a request to ban the 1963 Dr. Seuss classic for “encourag[ing] children to use violence against their fathers.” The traumatized complainant not only asked libraries to pull the book from its collection and issue a formal apology to the fathers of Toronto, but also that they “pay for damages resulting from the book.”

Even American dignitaries have been complicit in spreading Seuss’ dangerous propaganda. First Lady and former librarian Laura Bush touted Hop on Pop as one of her personal favorites to the Wall Street Journal, recalling when her daughters took the book “literally” and (trigger warning ahead) jumped on President Bush’s stomach. “We have the pictures to prove it,” she said. To our knowledge, Barbara and Jenna were never charged in the incident.

The Toronto Library system did not submit to the complainant’s belly aching. The book remains in circulation in part because the children in the book are, in fact, told not to hop on Pop.

Now is when we’d make jokes about GMO protestors launching a campaign against Green Eggs and Ham … but we don’t want to give anyone any ideas considering it was already banned in China for its “portrayal of early Marxism” and briefly in California for allegedly touting acts of homosexual seduction. 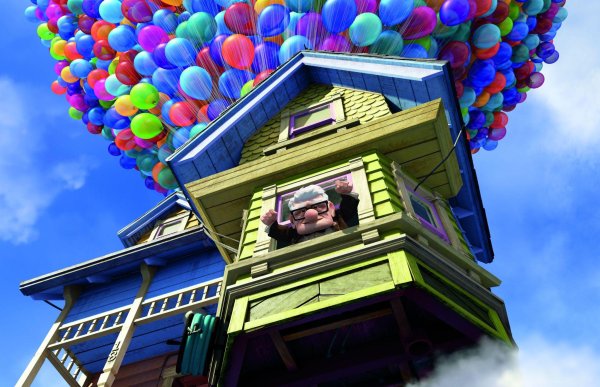 House Painted Like Whimsical Victorian in Up Angers Neighbors
Next Up: Editor's Pick