A controversial Wisconsin voter identification law was struck down in federal court Tuesday, when a judge ruled it unfairly burdens poor and minority voters.

U.S. District Judge Lynn Adelman ruled the law, which would have required voters to show government-issued photo ID cards in order to cast ballots, violates the equal protections clause of the U.S. Constitution. Proponents of the measure say the law would cut down on voter fraud, but opponents argue voter ID laws serve to exclude minorities and the poor, who are more likely to lack a government-issued ID or to have the documents needed to get one, from participating in elections.

According to the Associated Press, Adelman’s ruling in Wisconsin could serve as a precedent for challenges to similar laws underway in states across the country, including Texas and North Carolina.

The voter ID issue tends to cut down sharp partisan lines, with Republicans in support and Democrats, whose traditional support bases include low income and minority voters, opposed to the measures. The Wisconsin law was passed by the state’s GOP-led legislature in 2011 after a similar measure was vetoed three times by a Democratic governor between 2002 and 2005.

Wisconsin’s voter ID law was in effect for just a primary in 2012 before a county judge declared it unconstitutional. The law will remain unimplemented while it is appealed, which is something Wisconsin Gov. Scott Walker, who supports the law, has promised to do. “We believe the voter ID law is Constitutional and will ultimately be upheld,” Walker’s office said via Twitter after the decision came down Tuesday. “We’re reviewing decision before deciding on potential action.” Walker has said he would call lawmakers into a special session if courts didn’t uphold the current measure. 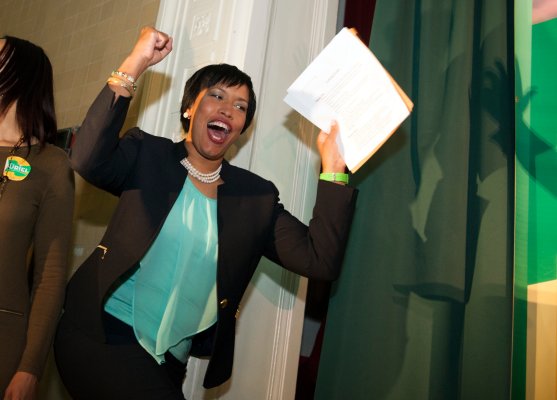 D.C. Just Gave Its Mayor the Boot
Next Up: Editor's Pick