A pro-Russian activist holds a shield after clashing with pro-Ukrainians during a pro-Ukraine rally in Donetsk, Ukraine, on Monday, April 28, 2014
Manu Brabo—AP
By Simon Shuster / Donetsk

On Sunday afternoon, Lieutenant Vitali Artyukh, the deputy commander of an elite police squadron in eastern Ukraine, was standing guard with a detachment of his men at the state television headquarters in the city of Donetsk. Through the windshield of his police car, he saw a crowd of several hundred people moving up the street toward the gates of the building. It was led by a small group of masked men armed with clubs and metal shields, but mostly they were regular locals, many of them elderly, a few carrying Russian flags. Artyukh’s team, made up of about a dozen men armed with assault rifles, stood aside as the crowd surged through the gate and into the building. Within a few hours, the local news station’s frequency — Channel 27 — was showing the Russian state network Rossiya.

Thus passed another average day in Donetsk. Over the past two weeks, pro-Russian separatists have used this tactic to capture dozens of government buildings in eastern Ukraine, and if local security forces showed some resistance initially, they have now stopped putting up any kind of fight. Their reasoning is simple: they lose either way. If Russia makes good on its threats to invade eastern Ukraine, the police there could face a war tribunal for using force against civilians. If Russia doesn’t invade, the Kiev authorities could still turn them into scapegoats. The last time the police got orders to fire on civilians in Ukraine, during the revolution in February, a dozen officers wound up facing charges for mass murder.

“We know the score,” Artyukh tells TIME outside the captured TV station. “If the orders come down to resist these people, it would be impossible to comply,” he says. “It would be a bloodbath, and no one wants to take that on his conscience.”

That seems to be part of the trap Russia has set in Ukraine’s eastern regions. For weeks, its television networks, as well as armed Cossacks and provocateurs from across the border, have been feeding the separatist fires. In the Russian media, talk shows and editorials lionize the pro-Russian forces and demonize Kiev for “waging war” against its own people. All the while, the central government has watched the ranks of its police and security agencies fall apart, their officer corps infiltrated by separatist informers, eroded by defectors and demoralized by pro-Russian locals who accuse them of treason. Day by day, that process has been whittling Kiev’s options down to one: send in the military to take back control. But after that, Moscow would have the perfect excuse to invade under the guise of a peacekeeping mission.

A Russian invasion wouldn’t make much of a difference for Kiev’s grip on the region of Donetsk. It is already losing control, and if the separatists continue seizing government buildings at their current pace, they could overrun the entire region in about a week. The full weight of that reality became clear on Tuesday afternoon, when the governor of Donetsk, Serhiy Taruta, called together all the mayors in the region who still recognize Kiev’s authority. Because his office was overrun by separatists two weeks ago, Taruta convened the meeting at the regional chamber of commerce at the edge of town, and about 80 local officials showed up, including a few dozen mayors. Taruta, a local tycoon whose heavy-framed spectacles and bookish manners have earned him the nickname Woody Allen among local journalists, began by delivering a message from the capital: No cavalry is coming to save them. “It’s up to us,” he said.

Kiev is preparing to hold a referendum on June 15 to appease the separatists, allowing the eastern regions to win more autonomy from the capital without breaking away entirely. “Explain to the citizens that if they want a referendum, they’ll get one,” Taruta said. “But only as the law provides, not under the anarchy that has arisen.” For the assembled officials, this was not only a half-measure but also a tardy one.

The first man to raise his hand when the governor finished speaking was the mayor of Konstantinovka, a towering figure named Sergei Davydov, who shared an illustrative anecdote. Earlier that day, he said, the “comandante” of the local separatists in his town had come into his office with three gunmen and informed the mayor that a referendum would be held in about two weeks, on May 11. It would not call for greater autonomy, the comandante explained, but for the secession of Donetsk from Ukraine. Though the governor wasn’t joking, his reply to this story sent peels of laughter through the hall. “First of all,” Taruta said, “you should have asked for their identity papers.”

The mayor confessed that he hadn’t considered such a response. “When there are three guys with automatic weapons in your office, it doesn’t exactly set the right tone for a conversation,” Davydov said. “You tell us to hold on, and we’re holding on,” Davydov continued, addressing the governor. “But I’m sitting there practically alone … One guy with a gun could take over city hall right now. That’s the reality.”

The only thing Taruta could offer in response was an appeal to “engage with the people,” he said. “We have a lot of complaints about the work of our law-enforcement agencies. Let’s be honest about that … So we’re going to increase the number of law-enforcement representatives. There’s just no other choice.”

But after their performance in the past few days, the local police do not instill much confidence among the public nor the officials who are trying to maintain some semblance of control. A group of activists in Donetsk organized a march in support of Ukrainian unity on Monday, and a gang of separatists attacked them with clubs and metal bars, sending women, children and elderly people fleeing in every direction. Although a detachment of riot police did make some efforts to hold the attackers back and restrain them from beating people to death, many of the officers stayed out of the mayhem, and they did not make any arrests. When the assault was over, two dozen people were injured, five hospitalized and seven briefly taken hostage by the separatists, according to the organizers of the march.

Within the ranks of the Security Service of Ukraine, the domestic spy agency known as the SBU, roughly the same picture has emerged. Over the weekend, three of its agents were taken hostage in the region of Donetsk and transported to the separatist stronghold of Slavyansk, which has been completely taken over by well-armed rebel fighters. Russian state media were then given access to the prisoners on Sunday, and they aired footage of three men sitting in an office in their underwear, bleeding into the packing tape that had been used to blindfold them.

The following day, the SBU confirmed that the hostages were from its elite counterterrorism squad, the Alfa Group, and had been sent to the region to gather intelligence on the separatist fighters. Most disheartening of all for their comrades back in Kiev was the fact that their capture was the result of a leak from within the agency. According to a source who was briefed on the SBU’s investigation of the incident, the leak came from the commander of their reconnaissance mission. He had been working as a double agent, the source told TIME on Tuesday, and had outed his own men to the separatists.

For Igor Smeshko, who served as head of the SBU from 2003 to 2005, such incidents hardly come as a shock. The ruling elites in Ukraine’s eastern regions, he says, have long been in bed with local criminals, and they in turn appointed law-enforcement officials who suited their interests. “For all of these last 20 years, they have very much influenced the central government’s [nominations] of chiefs of police, of security services,” Smeshko says. “In some way, they even influenced the nomination of the army commanders of detachments in those regions.”

The only response, Smeshko suggests, is to conduct a purge of the officer corps in every branch of Ukraine’s security services, and the Kiev government seems to be taking that advice.

Interim President Oleksandr Turchinov announced on April 26 a massive shake-up in just about every agency with uniformed personnel in Ukraine. “Without a doubt, there will be a serious reform of the security structures, including the general prosecutor’s office,” he said. “These must become the agencies of a democratic country, ones that are essentially unable to carry out criminal orders.”

But that did not send a very clear message to the policeman trying to keep the peace in Donetsk. Who will be the judge of what orders are criminal? Who decides which separatists should be considered terrorists and who should be treated as civilians? Such questions are well above the pay grade of officers like Lieutenant Artyukh, who has no intention of risking his freedom or his life by using force against the pro-Russian mobs. So when the building he had been ordered to guard was taken over on Sunday, he sat down in the passenger seat of his cruiser and watched events unfold.

“What now? Now nothing,” Artyukh said. “There’s nothing we can do.” 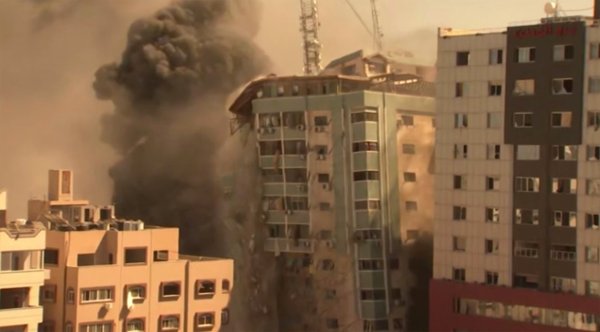