Former US basketball player Earvin "Magic" Johnson poses for photos with other attendees after US President Barack Obama spoke on his My Brothers Keeper initiative in the East Room at the White House on February 27, 2014 in Washington, DC.
JEWEL SAMAD—AFP/Getty Images
By Eliana Dockterman

NBA Commissioner Adam Silver handed down an unprecedented lifetime ban to Los Angeles Clippers owner Donald Sterling on Tuesday for racist remarks he allegedly made on a recording leaked to TMZ.com. Silver also said he would ask the other NBA owners to exercise their authority to force a sale of the team. Shortly after Silver’s press conference, other NBA owners, stars and former players reacted to Sterling’s punishment on social media:

Mark Cuban, owner of the Dallas Mavericks (who previously said that banning Sterling could be a “slippery slope”)

Magic Johnson, famed former NBA player (who called for Sterling to lose his team and is rumored to be interested in purchasing the Los Angeles Clippers)

Lebron James, current Miami Heat player (who said there was “no room” for Sterling in the NBA and led his team’s protest against Sterling)

Stephen A. Smith, sports and basketball commentator on ESPN

The Clippers, meanwhile changed their social media profiles and avatars to the picture that reads, “We are one.” 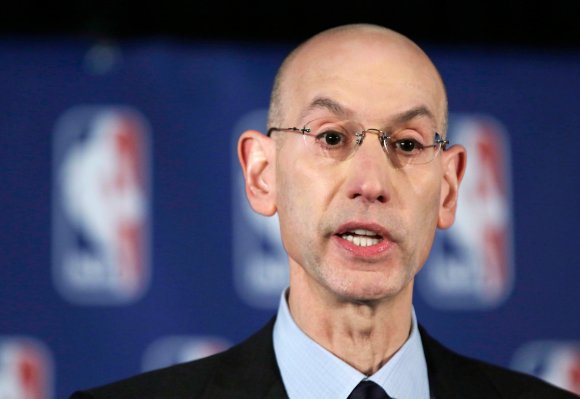