Frontier Airlines Is About To Get A Lot More Cranky Flyers

When an airline proclaims that it is simplifying its fare structure, you can pretty much count on being confused for awhile. So let’s take a look at Frontier’s new fare and fee structure, part of the carrier’s transformation into an ultra low cost carrier (ULCC). Frontier announced that is reducing its fare options from three to two—Economy and Classic Plus—for all tickets purchased after April 28. The company says it’s lowering base fares an average of 12%, but it’s also adding a fee to store a bag in the overhead bins. Frontier already charges for checked bags. (You are still allowed to bring one personal item, a brief case or purse for instance, that can fit under the seat. )

That does seem simple enough, but if you buy a ticket online, want to select your own seat, and check a bag or place one in the overhead, there are dozens of possible combinations of fares, fees and seats, depending on whether you are member of Frontier’s loyalty program or not. If you want a seat with extra room, which is what Classic Plus stands for, that’s another calculation. The bottom line is that you can pay $20, $25, $35 or $50 for a carry-on, while the opportunity to choose a seat will add $3, $5, $8 or $15 to the ticket cost. Simple enough for you?

In the airline industry, this is known as unbundling, which has had a lot of passengers grumbling about the homework they now have to do to buy an airline seat. The industry’s view: deal with it. “With an unbundled product, customers can save even more by choosing to pay for only the products that they want, allowing them to customize their flight experience for each and every flight,” said David Siegel, CEO of Frontier Airlines in a statement.

If Frontier’s new fare and fee structure looks a lot like the one at Spirit Airlines, the resemblance is entirely intentional. Last December, Republic Airlines sold Frontier to Indigo Partners LLC, one of the prime investors behind Spirit. William Franke, Indigo’s co-founder and managing partner, was chairman of the board of Spirit; he resigned from that post after selling his firm’s stake in Spirit.

Frontier is completing its transformation into an ULCC, as to opposed to Low Cost Carriers (LCCs) such as Southwest and JetBlue or network carriers such as American and United.

The idea behind ULCCs is to strip the product into its essential parts—a seat to a destination being the most basic– and then allow you to pick and pay for what you want while at the same time driving down costs. You want to select your seat? Pay for the privilege or take what we give you. You want peanuts? Pay for them because if there’s a cost there has to be a way to cover it. Spirit ‘s passengers pay an average fare of $79.43 before taxes, which is very low, but then spend another $53.84 on the extras. No wonder Frontier wants to mimic Spirit. The unbundled, low-cost approach has made Spirit the most profitable airline in the industry with a 17.1% profit margin vs. Delta’s 7%.

It has not, however, necessarily made Spirit the most popular. The carrier leads the league in complaints per 100,000 passengers according to a recent analysis by the Public Interest Research Group. And Frontier can expect a lot of unhappy travelers during its transition to ULCC as they wander up to the gate with a roll-on expecting to stow it gratis. It’s already happening. According to PIRG: “Frontier saw a large jump in 2013, becoming the most complained-about airline in the group besides Spirit Airlines.”

Despite the cranky customers, ULCCs such Spirit, Allegiant and now Frontier are gaining market share because they understand that to big segment of the flying public price is everything. Where the ULCCs have come up short is in educating consumers in what they are giving up—or paying extra for—to get a low fare. Some passengers still seem to think they can have it both ways. They can complain about it all they want, but those days are over. 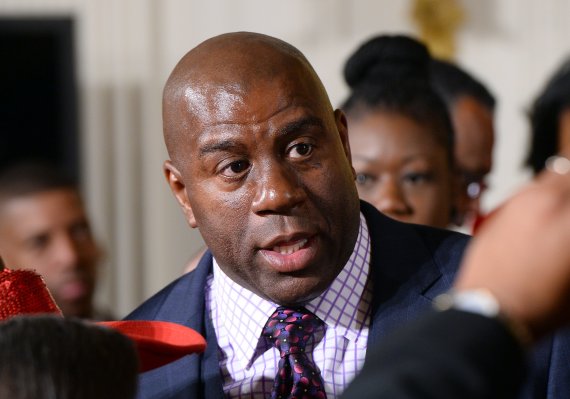 NBA Reacts on Twitter to Donald Sterling's Lifetime Ban
Next Up: Editor's Pick