When a tornado touched down in his studio’s hometown of Tupelo, Mississippi, WTVA Chief Meteorologist Matt Laubhan stayed on his toes and led a newsroom evacuation in the middle of a live broadcast.

“This is a tornado ripping through the city of Tupelo as we speak, and this could be deadly,” Laubhan says in the clip. Then he points to an area off-camera and shouts, “Basement. Now.”

Shortly after the frantic newscast, the station tweeted, “We are safe here.”

Devastating storms have been ravaging the southern U.S. for the past three days. The violent weather has killed more than 30 people, destroyed homes and businesses and left thousands without power. Officials say 11 were killed in Mississippi on Monday alone. 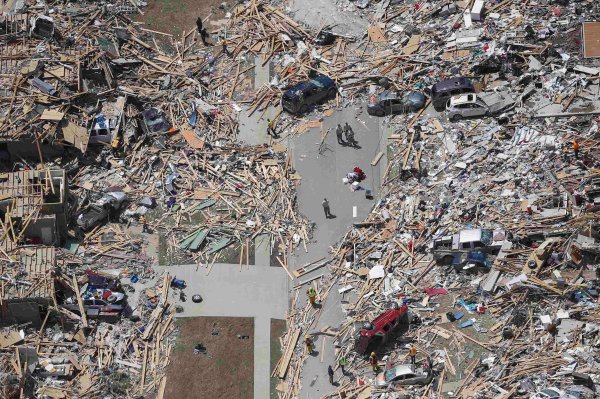 Tornadoes Tear Through the South
Next Up: Editor's Pick