The deadline for peace talks between Israelis and Palestinians expired without a deal on Tuesday, with the two sides blaming each other for the lack of a breakthrough in the negotiations brokered by the U.S.

Israel suspended the talks earlier this month after Mahmoud Abbas, the moderate who leads both the Palestinian Authority and the secular Fatah party that governs the West Bank, unexpectedly announced a reconciliation pact with Hamas, the militant Islamist group that oversees the Gaza strip.

Although neither side actually expected the talks to bear fruit, the blame game that had played out in the background ever since the negotiations began nine months ago was center stage as the April 29 deadline for a peace deal came and went.

“Unfortunately, Israel never gave the negotiations a chance to succeed,” Palestinian negotiator Saeb Erekat said in a statement accompanied by a six-page report detailing Israeli “violations” during the nine-month period. Meanwhile, over the weekend, an unnamed Israeli official declared that it was Abbas who had “administered the coup de grace to the peace process.”

“The international blame game,” says Israeli analyst Mark Heller, “has been the main subtext of the negotiations all along.”

The prospects for success were dim from the outset, given that the two sides had to be coaxed into starting the discussions, with U.S. Secretary of State John Kerry playing the role of referee.

According to officials on both sides, and countless reports in both Israeli and Palestinian media, the talks only began after Israeli Prime Minister Benjamin Netanyahu received a promise that Abbas would suspend his efforts at the U.N., where Palestine was recognized as a state in 2012, granting it access to institutions that include the International Criminal Court, a sore point for Israel.

In return, Netanyahu was asked to give up something as well. One option was a freeze on settlement construction on the West Bank, the land where a Palestinian state will ostensibly stand, but where Israel has built almost 200 towns and subdivisions. Netanyahu demurred. He had frozen construction in 2009 and paid a price with his political base, which is prosettlements. This time he chose another option: agreeing to release 104 Palestinian prisoners.

It was a painful decision; many of the prisoners had killed Israelis. But, politically, the pain was tempered by the freedom on settlements: the prisoners were released in batches, and with every release, Netanyahu announced more construction activity. The final tally was released Tuesday by Peace Now, an Israeli group that opposes settlements but is widely regarded as scrupulous in recording their expansion. Israel gave the nod to plans for some 13,851 new units over the past nine months, or 50 new homes a day.

This played into the Palestinians’ hands, complains Amos Yadlin, the former head of Israeli military intelligence who now runs the Institute for National Security Studies (INSS), a think tank at Tel Aviv University. Settlements already keep Palestinians from 40% of the West Bank, and every expansion fed the narrative that Israel does not really intend to give up the territory it is supposed to be negotiating to leave.

That perception was encouraged by Kerry, who during an April 8 appearance before the U.S. Senate, said the talks went “poof” after Israel’s Housing Minister approved a batch of homes as U.S. officials were trying to contain a crisis triggered when Netanyahu failed to release the final set of Palestinian prisoners under the agreement struck at the start of the talks. Abbas retaliated by signing U.N. treaties.

“For nine months, Israel’s Prime Minister and the PA chairman ran around and tried to cast the blame on each other,” Yael Paz-Melamed wrote in the Hebrew daily Ma’ariv the next morning. “Israel, it must be said, lost this battle.”

But last Wednesday, Abbas made a risky move in abruptly agreeing to reconcile with Hamas. The announcement was popular among Palestinians, but outraged Israelis, who know Hamas only from its signature weapon, the suicide bombing.

Netanyahu wasted no time. A day later, his security cabinet unanimously voted to suspend the talks. “We are not going to negotiate with a government backed by Hamas,” Netanyahu declared.

“Most of communication is about framing,” says Heller, editor of Strategic Assessment, a quarterly published by INSS. “As long as the Palestinian’s frame is about settlements, that works against Israel’s advantage. If Israel can frame it about terrorism or terrorists, that works to Israel’s advantage. And the fact is, Hamas is legally and diplomatically defined as a terrorist group. That should help in places where Israel can get a fair hearing.”

The reality of the Hamas-Fatah deal is of course more nuanced. Hamas is nominally committed to erasing Israel, but works to suppress rocket fire from Gaza into Israel. Recently, a former Israeli national-security adviser says Israel should recognize Hamas. And what’s more, a unified Palestinian government can claim to negotiate on behalf of the entire Palestinian people, a point a U.S. official reportedly made to Jewish leaders last week, according to the Hebrew daily Haaretz.

Meanwhile, former Mossad director Efraim Halevy, writing in the best-selling Yedioth Ahronoth on Tuesday, said that Hamas clearly acted out of weakness. According to Halevy, its position is so vulnerable that Israel should either move to eradicate it militarily or finally sit down and talk. “I have been saying and writing this for ten years,” he wrote.

Despite the finger-pointing between the two sides, the talks may be revived. As the Israeli Finance Minister Yair Lapid writes in a column for TIME, some in Netanyahu’s governing coalition want to see what a Palestinian unity government looks like before deciding on “where to go from here.” But if April 29 really does turn out to be the end of the road for these negotiations, the blame game would appear to have gone Israel’s way at the last moment. “Abbas put his foot in it,” Heller says, referring to the unity deal, “and gave Bibi just what he wanted.” 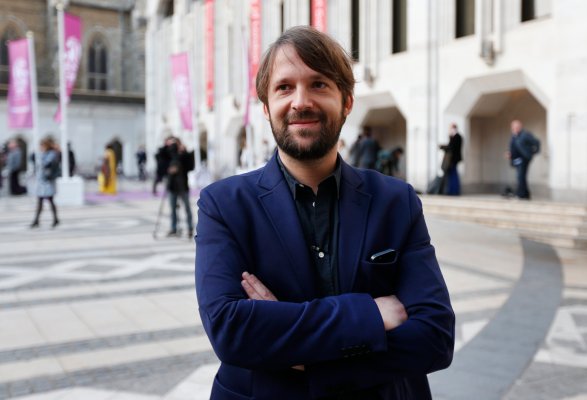