Syria Agrees to Probe on Chlorine Gas Use

The international group monitoring the elimination of Syria’s chemical weapons said Tuesday that Syria’s government has agreed to an investigation of claims that chlorine gas was used in the country’s civil war.

“The Syrian government, which has agreed to accept this mission, has undertaken to provide security in areas under its control,” the Organization for the Prohibition of Chemical Weapons said in a statement.

Syria agreed last year to let international monitors oversee the destruction of its chemical weapons arsenal after the United States threatened airstrikes against the country. Chlorine, a common industrial chemical, can be deadly when used as a weapon. While Chlorine is not explicitly banned under the Chemical Weapons Convention like Sarin and VX nerve agents are, the substance is prohibited under Convention’s catch-all provision against chemical weapons use, the Christian Science Monitor reports.

Rebels say the regime of Syrian President Bashar Assad used chlorine gas in attacks on rebel-held areas of the country.

The probe comes amid growing concerns on the part of the U.S. and Western allies that Syria will not live up to its commitment to destroy its chemical weapons arsenal by June 30. The United Nations says the country has eliminated more than 90 percent of its chemical weapons. 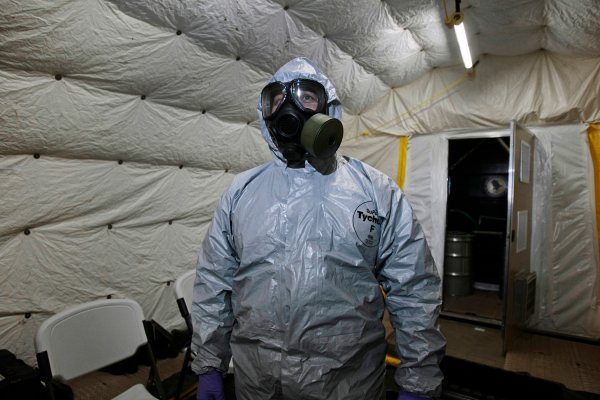