It’s gone by rather unappealing monikers such as bulk or roughage, but humble fiber is one of the good guys when it comes to building a healthy diet — and a healthy heart. The latest study of heart attack survivors shows that people who ate the most fiber had a 25% lower chance of dying nine years later from any cause compared to people who consumed less. Every increase of 10g of fiber each day was on average linked to a 15% lower risk of dying over the study period.

It’s the first study to suggest that heart attack patients benefited from adding fiber (found in whole grains, nuts, fruits and vegetables) to their daily diet. An earlier study found that people at risk of heart disease, but who hadn’t yet experienced some kind of a heart event, could lower their chances of having a heart attack by eating more high fiber foods. Studies show that fiber-rich foods can combat inflammation, a potential trigger for heart attacks, as well as keep levels of LDL cholesterol, which can build up in heart arteries, down.

But the findings, published in BMJ.com, hint that fiber may be helping more than the heart, since those eating higher amounts were able to lower their risk of dying from any cause, not just heart disease. It may also help to lower risk of colon cancer by reducing the time that potentially cancer-causing toxins spend in the intestines, and regulate blood sugar levels by slowing the absorption of sugar in diabetics, reducing their risk of complications. Fiber also plays an important role in fighting obesity and its unhealthy consequences. The time it takes to chew fiber makes the body feel less hungry, and its bulk also makes meals feel bigger, which cuts down on overeating.

So thinking about adding some roughage to your day — your heart will thank you. 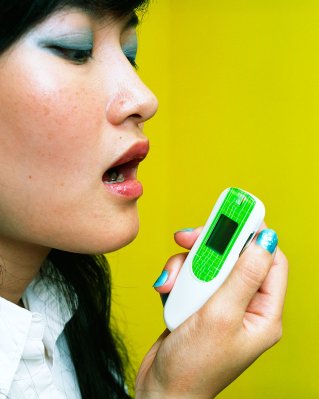 A Potential Test for Lung Cancer Is Just a Breath Away
Next Up: Editor's Pick