Now Would Be a Good Time to Reacquaint Yourself With Firefox

How long has it been since Firefox was my primary browser? When it was, its version number was in the low single digits. And today, Mozilla is releasing version 29, which is now available for download.

That’s not as huge a gap as it sounds: Back in 2011, Mozilla moved to a Chrome-like rapid release cycle for Firefox, updating the browser every six weeks and ratcheting up the version number each time. That means that Firefox users don’t have to wait for new features, performance tweaks and bug fixes, but it also tends to make any given update a minor one.

However, Mozilla says that Firefox 29 is the biggest upgrade since version 4 back in 2011. If, like me, you haven’t spent all that much time with the browser in the last few years, it’s well worth checking out.

(I never abandoned Firefox altogether–I just found I was using it less and less. The desktop browser I use most often these days is Safari on my MacBook Air, though I often have both it and Chrome open.)

Firefox 29 isn’t that radical an update, but there’s some significant stuff, including an interface that’s been seriously spruced up. Visually, tabs other than the one you’re on now lose their tab outline and fade into the background, so it’s easier at a glance to see where you are–a solution to a problem I have pretty frequently with Safari and Chrome. There’s a neat Customize menu item that lets you tweak the Firefox interface by dragging items around to the areas of your liking. (Or removing them altogether: I used it to delete the search field, which has long felt redundant given that you can search from Firefox’s address bar.)

Mozilla also gave the browser a new primary menu that looks more like Chrome’s equivalent–it’s accessed via a three-bar “hamburger” icon on the right-hand side of the window–but opens up into a grid of icons for its functions rather than plain text items. And it changed how you hook the desktop browser up with Firefox’s Android browser for syncing of items like bookmarks, getting rid of an activation code that Johnathan Nightingale, VP of Firefox, told me people found intimidating.

In the past, when I’ve wandered away from Firefox, I’ve usually done so because I found it to be slower and/or less stable than Safari and Chrome, at least when I had gazillions of tabs open. (To be fair, the problem may have been with buggy add-ons rather than the browser itself.) So far so good with this new version.

I think I’ll try to stick with it as my main browser for a while to see what happens. There was once a time when I loved Firefox as much as any piece of software on my computer and urged others to adopt it; it would feel good if it became a favorite once again. 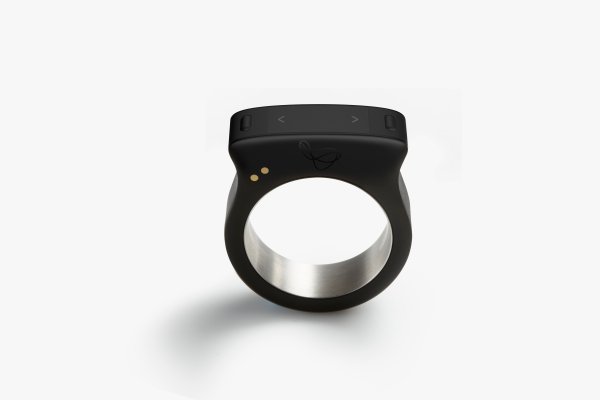 Put a (Smart) Ring On It: Nod Introduces an Input Device for Your Finger
Next Up: Editor's Pick