Dominique Ansel, creator of the infamous cronut, is at it again. And this time, he’s taking on the waffle.

Well, sort of. The New York-based chef has created a waffle made out of ice cream and topped with a maple syrup espresso, which will make its debut at a hunger relief fundraiser in New York City Monday night.

Ansel’s waffogato, a breakfast-themed take on the Italian dessert of ice cream topped with espresso, will be available in his Soho bakery starting May 9. The vanilla ice cream “waffle” is laced with Belgium waffle bits and set in a cup where warm, maple syrup espresso is poured on top. “It’s a little like a milkshake at the end,” Ansel told the Wall Street Journal.

If history tells us anything, it’ll likely spark flocks of New Yorkers and tourists to stand in line for hours for the latest Ansel concoction, much like the waffogato’s predecessor the cronut did. Not even a mouse infestation could dim the hype over the part-donut, part-croissant pastry.

The waffogato could even spawn another underground pastry economy, though that could be tricky logistically—the chef told the Wall Street Journal that his latest creation is best eaten right away. 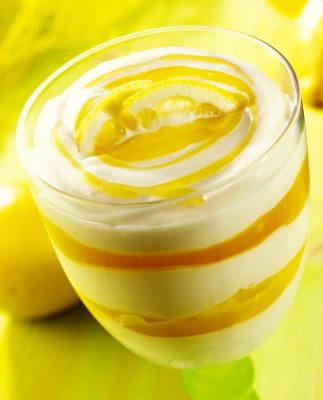 Watch This Fearless Woman Consume 12 Pounds of Pudding In 3 Minutes
Next Up: Editor's Pick