Nine students at the University of Illinois at Urbana-Champaign have been diagnosed with mumps.

The students reportedly were all diagnosed after the university’s spring break, according to the Associated Press. The director of the McKinley Health Center at the university, Dr. Robert Palinkas, told a local paper, the News-Gazette, that a staff member could be the 10th case. All nine students had been vaccinated for mumps, but Palinkas said the vaccine is only about 80% to 85% effective.

The outbreak at the 45,000-student campus is the latest in a string of mumps infections, including a recent one in Ohio that affected dozens of Ohio State University students, faculty and community members. In Illinois, there has been a reported spike in mumps cases in 2014 with 65 confirmed cases so far this year, in contrast to 26 for all of 2013.

Widespread vaccination has helped curb the outbreak of mumps over the past several decades, but health officials have suggested swaths of unvaccinated children are helping to aide the resurgence of the disease. 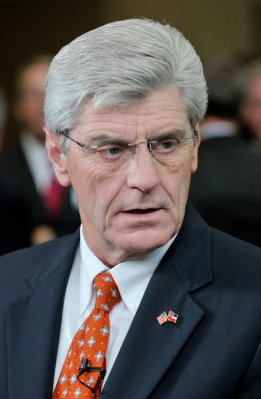