The Indian Elections Are Becoming a Big Tourist Draw

BJP leader Narendra Modi shows his inked finger to supporters as he leaves a polling station after voting on April 30, 2014 in Ahmedabad, India.
Kevin Frayer—Getty Images

If festivals like Diwali, Holi or the spectacular Kumbh Mela draw tourists to India, why shouldn’t its vast, sprawling legislative election? With 814 million eligible voters, it’s the biggest democratic show on earth — and with that in mind, tourists from as far afield as the U.S., the U.K., France and Australia have signed up for package tours that include visiting public rallies and meeting party officials.

Among the visitors are curious tourists of Indian ethnicity, like Beijing-based businessman Ratan Singh Chowdhury. He got an Indian tour operator to come up with a tailor-made election-tourism package for him and four of his friends, and together they have been crisscrossing the country since the beginning of April. Their travel plans include meetings with more than 70 people from local communities in the states they have chosen to visit. For his Chinese travel companions — hailing from a country where citizens can only vote in low-level elections that are usually stage-managed — the experience is fascinating.

“India is the largest democracy in the world and our next-door neighbor,” says Pan Liu, 25, a technical manager in a solar company in Guangzhou, in an email to TIME. “Our interest in India is natural.”

Liu is not the only one who has been bitten by the Indian poll bug this year. While there are no hard numbers yet, tour operators say hundreds if not thousands of long-haul visitors will witness the polls firsthand. Some are there because of a professional interest.

“It’s a huge achievement that, for the last six decades, India has been conducting these elections in a free and fair manner, and so there’s a lot of academic interest in the process,” says Subhash Goyal, founder-chairman of the travel company that customized the election package for Chowdhury and his friends. “This is a new segment of tourism that has emerged and we are very happy about it, but we were not prepared for this kind of demand.”

At the same time, there are visitors who just want to soak up the carnival-like atmosphere that generally accompanies the polls.

“Even in the small villages there are decorations, rallies and celebrations [of a kind] seen nowhere else in the world,” says Manish Sharma, chairman of a tourism-development body in the western state of Gujarat and the director of a travel agency.

Sharma tested the waters by offering tours of the Gujarat state polls in 2012, inspired by similar packages in Mexico. His company now offers a weeklong, $1,200 tour of several cities in various stages of India’s general elections. About 800 tourists have already signed up, and he is expecting to sell as many as 2,000 more tours. “It feels like a festival,” says Nirav Shah, one of Sharma’s customers and a 27-year-old IT professional based in the U.S. “It’s been a while since I’ve seen this type of craze for Indian elections.”

The hype is also spurring foreign operators to get in on the act. Companies like U.K.-based Political Tours plan to start election tours of India during the next round of voting.

“India is the largest democracy in the world, and there is huge interest internationally in seeing it in operation,” says Nicholas Wood, the firm’s director.

Chowdhury’s Chinese friend Pan Liu agrees. “We are very excited to see so many people doing nothing but politics,” she says. 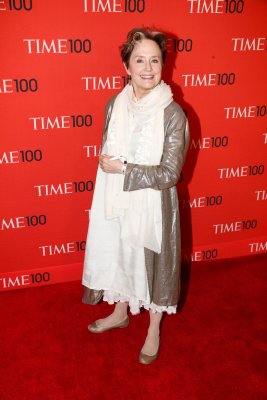