Moral outrage is exhausting. And dangerous. The whole country has gotten a severe case of carpal tunnel syndrome from the newest popular sport of Extreme Finger Wagging. Not to mention the neck strain from Olympic tryouts for Morally Superior Head Shaking. All over the latest in a long line of rich white celebrities to come out of the racist closet. (Was it only a couple days ago that Cliven Bundy said blacks would be better off picking cotton as slaves? And only last June Paula Deen admitted using the “N” word?)

Yes, I’m angry, too, but not just about the sins of Donald Sterling. I’ve got a list. But let’s start with Sterling. I used to work for him, back in 2000 when I coached for the Clippers for three months. He was congenial, even inviting me to his daughter’s wedding. Nothing happened or was said to indicate he suffered from IPMS (Irritable Plantation Master Syndrome). Since then, a lot has been revealed about Sterling’s business practices:

And now the poor guy’s girlfriend (undoubtedly ex-girlfriend now) is on tape cajoling him into revealing his racism. Man, what a winding road she led him down to get all of that out. She was like a sexy nanny playing “pin the fried chicken on the Sambo.” She blindfolded him and spun him around until he was just blathering all sorts of incoherent racist sound bites that had the news media peeing themselves with glee.

They caught big game on a slow news day, so they put his head on a pike, dubbed him Lord of the Flies, and danced around him whooping.

I don’t blame them. I’m doing some whooping right now. Racists deserve to be paraded around the modern town square of the television screen so that the rest of us who believe in the American ideals of equality can be reminded that racism is still a disease that we haven’t yet licked.

What bothers me about this whole Donald Sterling affair isn’t just his racism. I’m bothered that everyone acts as if it’s a huge surprise. Now there’s all this dramatic and very public rending of clothing about whether they should keep their expensive Clippers season tickets. Really? All this other stuff I listed above has been going on for years and this ridiculous conversation with his girlfriend is what puts you over the edge? That’s the smoking gun?

He was discriminating against black and Hispanic families for years, preventing them from getting housing. It was public record. We did nothing. Suddenly he says he doesn’t want his girlfriend posing with Magic Johnson on Instagram and we bring out the torches and rope. Shouldn’t we have all called for his resignation back then?

Shouldn’t we be equally angered by the fact that his private, intimate conversation was taped and then leaked to the media? Didn’t we just call to task the NSA for intruding into American citizen’s privacy in such an un-American way? Although the impact is similar to Mitt Romney’s comments that were secretly taped, the difference is that Romney was giving a public speech. The making and release of this tape is so sleazy that just listening to it makes me feel like an accomplice to the crime. We didn’t steal the cake but we’re all gorging ourselves on it.

Make no mistake: Donald Sterling is the villain of this story. But he’s just a handmaiden to the bigger evil. In our quest for social justice, we shouldn’t lose sight that racism is the true enemy. He’s just another jerk with more money than brains.

The big question is “What should be done next?” I hope Sterling loses his franchise. I hope whoever made this illegal tape is sent to prison. I hope the Clippers continue to be unconditionally supported by their fans. I hope the Clippers realize that the ramblings of an 80-year-old man jealous of his young girlfriend don’t define who they are as individual players or as a team. They aren’t playing for Sterling—they’re playing for themselves, for the fans, for showing the world that neither basketball, nor our American ideals, are defined by a few pathetic men or women.

Let’s use this tawdry incident to remind ourselves of the old saying: “Eternal vigilance is the price of freedom.” Instead of being content to punish Sterling and go back to sleep, we need to be inspired to vigilantly seek out, expose, and eliminate racism at its first signs. 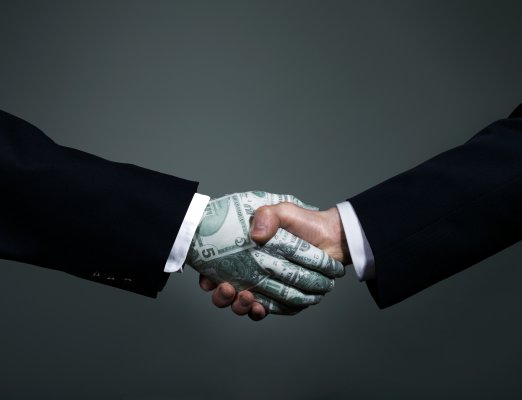 Get a Raise: 10 Steps for Getting Your Boss to Think You’re the Best
Next Up: Editor's Pick