Women should probably cool it with the eyeliner.

New research published in the Quarterly Journal of Experimental Psychology found that people’s perceptions of what men and women find attractive are off. And even though many women decide to wear makeup to make themselves “more” attractive, they may be overdoing it.

Researchers at Bangor University and Aberdeen University gave 44 women different types of foundation, lipstick, blush and mascara and then told them to put on makeup like they were going on a night out. The women were photographed before and after they put on any makeup. The researchers then altered the photographs so they had a range of 21 images of the women wearing various amounts of makeup.

The image below is an example of the before and after makeup images.

The image below is an example of the series of images from less to more makeup.

The researchers conclude that women are putting on makeup for a perceived standard of beauty that may not actually exist. “Taken together, these results suggest that women are likely wearing cosmetics to appeal to the mistaken preferences of others. These mistaken preferences seem more tied to the perceived expectancies of men, and, to a lesser degree, of women,” the authors wrote. 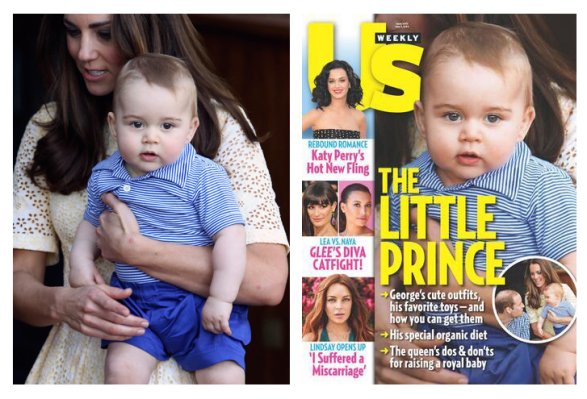 Prince George Gets a New Look
Next Up: Editor's Pick