How Superhero Movies Are Saving Hollywood

It’s hard to believe that not long ago, the movie industry wasn’t completely dominated by superhero franchises. Big-budget blockbusters have always received the most attention and the largest audiences, but as recently as 10 or 15 years ago, the form wasn’t a sea of mutants and masked crime-fighters. These days, it seems like studios think they need a superhero franchise just to keep up with the competition (when Sony rebooted Spider-Man in 2012, many believed they did so to avoid losing the rights to the character). Warner Bros. did little to dispel that notion on Sunday night, confirming that a Justice League film had been greenlit for a likely release in either 2017 or 2018.

The movie, which would be the second sequel to last summer’s Man of Steel (the tentatively titled Superman vs. Batman is slated for 2016), will feature Henry Cavill as Superman, Ben Affleck as Batman, Gal Gadot as Wonder Woman, Ray Fisher as Cyborg and, undoubtedly, countless others (Matt Damon?!). It’s merely the latest development in the ongoing arms race between Warner, Marvel (The Avengers), Sony (Spider-Man) and Fox (X-Men). After the enormous success of The Avengers in 2012, it became apparent that one titular superhero wouldn’t be sufficient for record-breaking box office draws — and studios were likely further emboldened by the warm critical reception that Joss Whedon’s star-studded film received.

Last year, Warner responded with Man of Steel while Fox churned out a standalone Wolverine film and Marvel added the second and third installments, respectively, of Thor and Iron Man. This year, we have a second installment of the Captain America franchise, an Amazing Spider-Man sequel, a super-sized time-traveling X-Men film and Guardians of the Galaxy, which also takes place in the same augustly named Marvel Cinematic Universe that hosts the Avengers. Anyone looking for a breather won’t find it anytime soon, with the Avengers sequel leading next year’s crop of superhero entries and Sony looking to spin off Spider-Man with Sinister Six and Venom films. Oh, and Marvel announced earlier this month that it has movies plotted through 2028. Its target audience hasn’t even been born yet.

The message is clear: Blockbusters of the future aren’t driven by actors or directors or stories — they’re driven by universes. And not just any universes, mind you, but huge, sprawling, dynamic universes designed to dominate both the big screen and small. Both Marvel and DC Comics have already begun exploring television — the former with cult favorite Arrow (and, starting in the fall, The Flash) on The CW and the latter with the less well-received Agents of S.H.I.E.L.D on ABC. Whatever the shortcomings of Agents, they haven’t seemed to deter Marvel’s quest for superhero domination — Marvel’s Joe Quesada revealed yesterday that the studio’s first Netflix show, Daredevil (rumored for a 2015 release) will show the “street level noir side of Marvel.”

The rampant growth of these universes demonstrates the increased interest of audiences in stories more commonly associated with television, where writers have the time to develop more nuanced characters and worlds; episodic-style viewing is more addictive, and more satisfying, than a self-contained feature. But episodic television isn’t designed to support the big-budget needs of these movies, rich with explosions and chases and calamities, which is why the movie feels like the right medium.

And though some have bemoaned this increasingly homogenous approach to box office domination, there’s little arguing with its effectiveness. Five of the eight biggest opening weekends of all time belong to superhero films (the other three belong to the Hunger Games and Harry Potter — universes of a slightly different sort). Compare that with the stars previously capable of carrying a film to more than $100 million at the box office simply by adding their name above the title. Will Smith’s widely panned After Earth netted just $60 million at the domestic box office and neither Oblivion nor Jack Reacher cracked $90 million domestically for Tom Cruise. Yes, bigger and bigger names are signing on for superhero roles (and countless more have been attached in the never-ending flurry of rumors), but it’s worth remembering that Robert Downey Jr., Chris Hemsworth, Andrew Garfield and Henry Cavill weren’t on the A-list before donning their costumes.

If this truly is both the present and future of big-budget films, it’s fair to say that audiences could do worse. The dedication to telling a more complete story in multiple media shows that Hollywood is evolving, taking advantage of the tools at its disposal. Justice League may be the most recent demonstration of the desire to expand a superhero universe, but it won’t be the last. 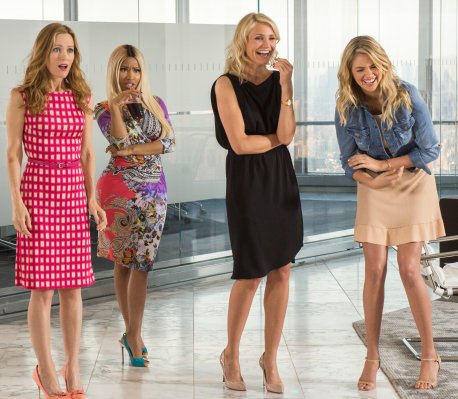