Children Exposed to More Brain-Harming Chemicals Than Ever Before

In recent years, the prevalence of developmental disorders such as autism, attention-deficit/hyperactivity disorder (ADHD) and dyslexia have soared. While greater awareness and more sophisticated diagnoses are partly responsible for the rise, researchers say the changing environment in which youngsters grow up may also be playing a role.

In 2006, scientists from the Harvard School of Public Health and the Icahn School of Medicine at Mount Sinai identified five industrial chemicals responsible for causing harm to the brain — lead, methylmercury, polychlorinated biphenyls (found in electric transformers, motors and capacitors), arsenic (found in soil and water as well as in wood preservatives and pesticides) and toluene (used in processing gasoline as well as in paint thinner, fingernail polish and leather tanning). Exposure to these neurotoxins was associated with changes in neuron development in the fetus as well as among infants, and with lower school performance, delinquent behavior, neurological abnormalities and reduced IQ in school-age children.

(MORE: A Link Between Pesticides and Attention Disorders?)

Now the same researchers have reviewed the literature and found six additional industrial chemicals that can hamper normal brain development. These are manganese, fluoride, chlorpyrifos, dichlorodiphenyltrichloroethane, tetrachloroethylene and polybrominated diphenyl ethers. Manganese, they say, is found in drinking water and can contribute to lower math scores and heightened hyperactivity, while exposure to high levels of fluoride from drinking water can contribute to a seven-point drop in IQ on average. The remaining chemicals, which are found in solvents and pesticides, have been linked to deficits in social development and increased aggressive behaviors.

The research team acknowledges that there isn’t a causal connection between exposure to any single chemical and behavioral or neurological problems — it’s too challenging to isolate the effects of each chemical to come to such conclusions. But they say the growing body of research that is finding links between higher levels of these chemicals in expectant mothers’ blood and urine and brain disorders in their children should raise alarms about how damaging these chemicals can be. The developing brain in particular, they say, is vulnerable to the effects of these chemicals, and in many cases, the changes they trigger are permanent.

“The consequence of such brain damage is impaired [central nervous system] function that lasts a lifetime and might result in reduced intelligence, as expressed in terms of lost IQ points, or disruption in behavior,” they write in their report, which was published in the journal Lancet Neurology.

They point to two barriers to protecting children from such exposures — not enough testing of industrial chemicals and their potential effect on brain development before they are put into widespread use, and the enormous amount of proof that regulatory agencies require in order to put restrictions or limitations on chemicals. Most control of such substances, they note, occurs after negative effects are found among adults; in children, the damage may be more subtle, in the form of lower IQ scores or hyperactivity, that might not be considered pathological or dangerous. “Our very great concern is that children worldwide are being exposed to unrecognized toxic chemicals that are silently eroding intelligence, disrupting behaviors, truncating future achievements and damaging societies, perhaps most seriously in developing countries,” they write. “A new framework of action is needed.” 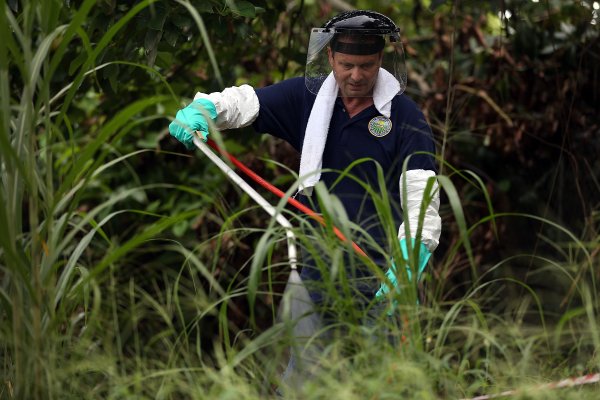