Japan's Prime Minister Shinzo Abe makes a policy speech during the start of an ordinary session at the lower house of parliament in Tokyo on Jan. 24, 2014
Yuya Shino—Reuters
By Michael Schuman

Japan is often in the crosshairs of economists for all the wrong reasons. Its two decades of malaise since a property-and-stock bubble collapsed in the early 1990s has been studied again and again by experts looking to understand the causes and effects of financial crises. Now, however, economists are watching Japan extra closely for another reason: Can a batch of unorthodox economic policies revive the moribund economy once and for all?

The strategy, dubbed Abenomics after Prime Minister Shinzo Abe, who inspired it, is aimed at restarting Japanese growth with a massive infusion of cash from the central bank and spending by the central government. The idea is to reverse Japan’s perennial and crippling deflation, which acts as a disincentive to spend and invest, causing companies and consumers to loosen their purse strings and boost growth.

(MORE: The Limits of Abenomics)

Supporters have argued that Abenomics will finally give the economy the jolt it has long needed to break free of its never-ending crisis. Critics fear that the program could only worsen the already feeble state of the nation’s finances — government debt is the highest in the developed world relative to GDP, at more than 240% — without lasting economic benefits. Either way, the results of Abenomics will influence the way policymakers around the world use monetary and fiscal policies to tackle downturns and pursue growth.

Abenomics has had a few successes. Prices are rising, as its drafters had hoped, and employment has improved. But recent data gives ammunition to the skeptics. On Monday, the Japanese government announced that GDP accelerated a measly 1% (on an annualized basis) in the fourth quarter of 2013, well below consensus forecasts. Though consumers did spend more and companies boosted investment, the increases were lackluster. Most of all, exports, the bread and butter of Japan’s economy, disappointed as well, despite a weak yen and recovering global growth. The outlook doesn’t look much brighter. In April, a hike in the consumption tax — instituted to help close the government’s yawning budget deficit — will kick in, likely further dampening consumer spending.

These latest figures bolster the argument (made by myself and many others) that Abenomics has so far failed to go far enough in changing Japan. What Japan needs is more than just a deluge of cash; it needs a fundamental overhaul of the very structure and workings of the economy to increase its potential for growth. Though Abe fully realizes this and has announced plans for further reforms, they have come slowly. The flagship project — special economic zones in which companies would have greater freedom from Japan’s often entangling regulation — is still being devised, and skeptics fear the measures won’t be bold enough to eliminate the bureaucratic meddling and red tape that hamper competition and investment. An overly controlled labor market is pushing workers into marginal, part-time jobs, while Japan desperately needs to boost immigration and encourage more women to join the workforce to compensate for its aging population. Corporate Japan, meanwhile, requires its own reforms, to free up innovation, encourage more risk taking on new businesses and open up clubby management suites to outside influences.

Whether or not Abe can achieve any of this is an open question. Though he is in firm control of Japanese politics right now, opposition to many such reforms remains entrenched in Japan, even within Abe’s own ruling party. Yet the lesson from Abenomics to this point is that monetary stimulus alone can only take a struggling economy so far. If Abe can’t manage to press ahead with bigger and more drastic reforms, his experiment in economics, and all of the hopes that came with it, will likely be dashed. 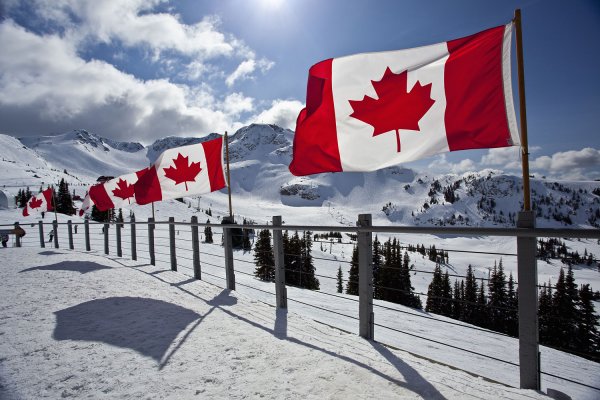 The Top Countries Rich Chinese Choose for Emigration. (Canada May Be Off the List)
Next Up: Editor's Pick