Australian PM: We'll Do Everything We Can to Find The Missing Jet

From left: Prime Minister Tony Abbott listens as Angus Houston, in charge of joint search efforts, speaks to the media during a press conference at Parliament House in Canberra on April 28, 2014.
Lukas Coch—AAP/AP

Prime Minister Tony Abbott has vowed that Australia will do “everything we humanly can” to locate the missing Malaysia Airlines Flight 370, even though several weeks of air and sea-surface searches are being called off.

“It is now 52 days since Malaysia Airlines Flight MH370 disappeared, and I’m here to inform you that the search will be entering a new phase,” he said at a news conference Monday. “I want the families to know, I want the world to know, that Australia will not shirk its responsibilities in this area.”

With officials believing it is extremely unlikely any wreckage from the twin-engine plane could still be floating, air and sea-surface reconnaissance is being canceled in favor of sonar searches by submersibles.

A total of 239 passengers and crew were aboard the Boeing 777 when it vanished shortly after departing Kuala Lumpur for Beijing on March 8. Subsequent analysis of data received via satellite indicates that the jet crashed somewhere in the southern Indian Ocean.

Some investigators believe that four signals detected some 1,000 miles (1,600 km) northwest of Perth, Australia, came from the aircraft’s black boxes. However, considerable doubts persist because no debris has been recovered.

The original search undertaken by the Bluefin-21 underwater drone was defined by a 6-mile (10 km) radius around the location of the second signal, which was deemed the most promising. Now, though, more equipment will be brought in, likely though private contractors, to search a much larger zone.

Officials believe it will take at least six months to thoroughly comb the broader search area with side-scan sonar.

“We just want to get the best equipment and the best people to bring this search to a successful conclusion,” said Abbott. “We will not let people down and while the search will be moving to a new phase in coming weeks, it certainly is not ending.”

Some have questioned why the U.S.-made Bluefin-21 was deployed for such a long time. In 15 missions, it failed to turn up any evidence of the missing aircraft and some of the search area was considerably deeper than the device’s 2.8-mile (4.5 km) maximum operating depth.

However, Angus Houston, in charge of joint search efforts, said the Bluefin’s “highly adaptive, highly flexible” nature made the autonomous underwater vehicle the “perfect platform” for examining a focused area, whereas towed side-scan sonars are much less maneuverable and so are better saved for making sweeps of larger areas of water. 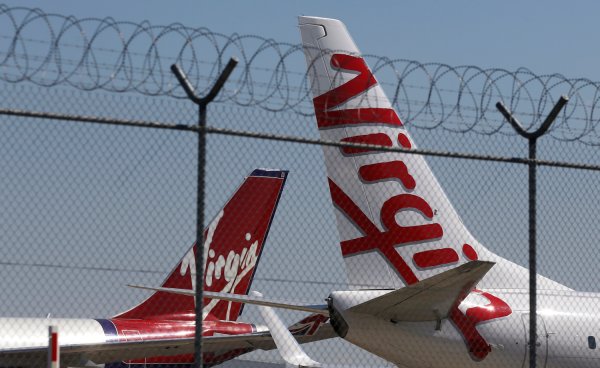 Unruly passenger on flight to Bali arrested
Next Up: Editor's Pick