Still in the Making: Don't Wait for Tech History to Repeat Itself

This was the first computer made by Apple, which became one of the fastest growing companies in history
Getty Images
By Ben Bajarin

When it comes to the tech industry, I’m not going to try to convince you that history does not repeat itself. In some cases, it does and it will. Rather, I’m going to tell you why any claim being made today that we are waiting for history to repeat itself is premature.

I speak with VCs, C-level executives, pundits and other opinionated types about things related to the theory and philosophy of the technology industry. My most valued discussions come from those who have been in this industry since the beginning. Time and time again, their observations are often the most accurate.

The theory of the industry’s cyclicality is often brought up, and most often about Apple. I hear things like “the smaller ecosystem always loses.” Or, “closed always loses in the end.” Or, “vertically integrated companies always get phased out.” I know my industry history well enough to understand their logic, but I continually think these claims are premature.

Claiming history is ready to be repeated, rather than still being made, discounts the point that most of this industry’s history has been focused on commercial markets instead of consumer ones. And most of this history has also been focused on developed, affluent markets instead of developing ones. We’ve been talking about millions of consumers up to this point, and we can make some sound observations about the industry’s history. But can we make the same observations once we start talking about billions of consumers? I’m not so sure.

I say history is being made rather than repeated because I believe we are in uncharted territory. Those who like to make points about tech history repeating itself are primarily using the history of the mainframe, mini computer, and desktop/notebook PC form factors to make it. When analyzing these segments, points get made about open vs. closed, integrated vs. modular and so on. But using “PC” industry history as our sole basis has flaws.

We are in the midst of an enormous global rollout. Consumers are getting their first smartphones and, in many cases, they’re the first types of computers these consumers have ever used. Billions and billions of people have leapfrogged the PC and jumped straight to having their computers in their pockets. They have no concept of what it was like to grow up with a PC, or even in a PC-saturated region. They didn’t have PCs in their schools to learn computer literacy; they haven’t had to deal with the Microsoft Windows monopoly; they’ve never dealt with corporate IT bureaucracies. In the very near future, the number of people in the market who had nearly zero contribution to tech industry history will dwarf the number that did. So how can we, with any degree of intellectual honesty, claim so boldly that we know how this will play out?

I feel a proverb is appropriate. It’s one I’ve heard time and time again from those who have been around since the beginning: “The market is the ultimate arbiter.”

How much is industry history a predictor of the future? We can debate theory and philosophies all we want, but ultimately the market will decide. My hypothesis is that, unlike the PC era we know so much about, we have no idea how these next several billion consumers will dictate the winners and losers.

For example, I like to use the analogy that Facebook and WhatsApp are serving as the emerging-market equivalent of America Online — connecting these consumers to the Internet and to others digitally for the first time. Yet in the PC era, consumers outgrew the walled garden approach of AOL. Do we know for sure these emerging market consumers will outgrow the walled garden? Maybe walled gardens win in the end. We have no idea. These consumers are coming online with very different social, national and economic backgrounds.

We are observing mobile device usage in places like China, India and other markets we have never seen before. If we see things that are new, how can we apply industry history to it? What will a smartphone be in the future? Will native apps or web apps win the future? What’s an app in the future?

All of these questions and more are subjects where industry history is used to attempt to shed light on what we’re witnessing. I have no problem with that. It’s useful and, in some cases, I imagine history may repeat itself. The problem is that we don’t know which will repeat itself.

If we’re having this discussion 20 years from now, I feel the “history will repeat itself” mantra would be more applicable. We simply don’t have enough industry past under our belt to claim that what we do have is the part that will repeat. We are still in the middle of this journey from analog to digital. We are still bringing the masses online for the first time. They will still play a role in writing the history we are observing today. In all likelihood, the history that may “repeat” still has yet to happen. 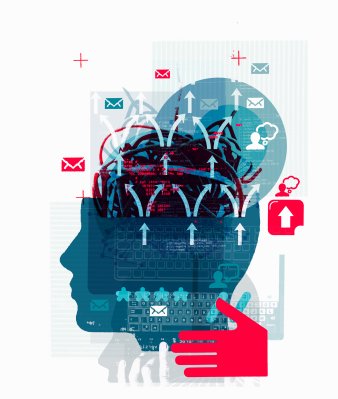 Who Needs a Memory When We Have Google?
Next Up: Editor's Pick