This Is What Real Affirmative Action Would Look Like

Yet it has long seemed to me that most of what Sotomayor thinks of as affirmative action has become a crutch for schools and other institutions. It’s an excuse for them to take minimal action of the least affirmative kind. Killing it might force schools to be more active and more affirmative in their efforts to achieve diversity.

The ruling announced by the court last week, Schuette v. Coalition to Defend Affirmative Action, was the continuation of years of controversy in Michigan. Eleven years ago, in a linked pair of rulings, the Supreme Court struck down the University of Michigan’s undergraduate affirmative-action program because it automatically added points in favor of minority applicants regardless of their individual qualities. At the same time, in Grutter v. Bollinger, the Justices upheld the Michigan law-school program because it made race just one factor in its person-by-person analysis of applicants.

Michigan voters responded by approving a ballot initiative that amended the state constitution to ban all traditional affirmative-action programs. The latest ruling — a 6-2 majority opinion written by Justice Anthony Kennedy — upheld the right of the voters to take that step. It’s likely the opinion will encourage some other states to do likewise.

What strikes me about the banned program and others like it is how little they actually do to increase the opportunity for poor and minority students to go to college. The august institutions of higher learning tend their websites and publish their catalogs, but otherwise pretty much figure that they’ve built the school, now students will come. Minority students with the imagination to seek an education and the discipline to complete high school (often in failing public schools) get extra points in favor of their applications. But far more underprivileged youngsters never make it to the point of applying.

Schools that truly want to increase the number of disadvantaged kids in their freshman class should take far more affirmative actions than they’ve taken in the past. They should hire scouts in the inner cities and decaying suburbs to look for bright elementary-school students. They should go into the homes of those children to explain to their parents that success in college can be a path to prosperity for the entire family. They should create advertising campaigns around their most successful minority students and alums, glamorizing the idea of academic achievement.

Steps like these should be taken for all disadvantaged kids of promise, regardless of race. But because they are aimed at the bottom of the economic ladder, they will serve to advance young people of color. If every major college and university in the country were to get serious about truly affirmative actions like these, I’m pretty confident we would ultimately see more high school seniors from minority groups who are able to meet race-blind admission standards. Instead of ignoring them for 12 years, then tilting the field in their favor when most of them have already given up, start early to support their chances of success.

Sound crazy? I might cop to the charge but for one fact: our major colleges and universities are already doing all of these things — and more — to raise the number of topflight athletes on their campuses. I would venture that there is not one 10-year-old basketball phenom in the state of Michigan who is not already on the radar of the big state schools. Indeed, a tall boy or girl with a good inside move is going to be scouted by universities across the country. He or she will be visited at home by university recruiters who fly in on private jets and fill Mom with visions of big paychecks to come. Meanwhile, the sports information departments and marketing teams spend vast sums and countless hours to tell the stories of each school’s greatest athletes, knowing that these stories will inspire the next young stars to follow in those footsteps.

Let me be clear: I’m not against college sports, which have been a path to success for thousands of young Americans who might otherwise never have been exposed to higher education. But our institutions of higher learning are heavily subsidized by taxpayers (rightfully so!), and we have purchased the right to expect that they will be as affirmative and as active in building young scholars. Leaving students of promise to find their own way to the college doorstep, then putting a thumb on the scale in the admissions office, is simply too late — and much too little. 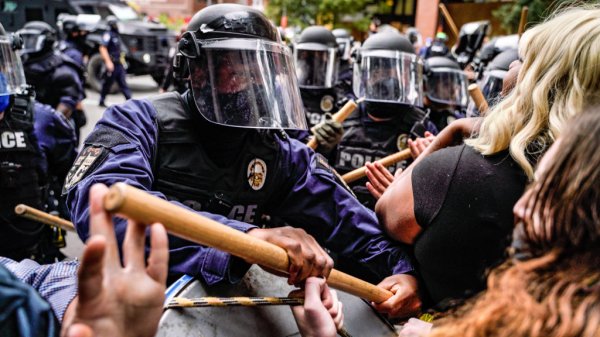