Donald Sterling, second left, and girlfriend V. Stiviano, third left, during a playoff game of the Western Conference Finals of the 2013 NBA Playoffs at AT&T Center on May 19, 2013 in San Antonio.
Ronald Martinez—Getty Images
By Nolan Feeney

TMZ posted an audio clip Friday of a conversation allegedly between Sterling and girlfriend V. Stiviano, who is black and Mexican. In the clip, the individual identified as Sterling says “not to bring [black people] to my games” and chastises her for taking an Instagram picture with Magic Johnson, which has since been deleted.

“It bothers me a lot that you want to broadcast that you’re associating with black people. Do you have to?” the man in the recording says. “You can sleep with [them]. You can bring them in, you can do whatever you want. The little I ask you is not to promote it on that … and not to bring them to my games.”

“We are in the process of conducting a full investigation into the audio recording obtained by TMZ,” NBA spokesman Mike Bass told ESPN in a statement. “The remarks heard on the recording are disturbing and offensive, but at this time we have no further information.”

Johnson, meanwhile, announced he would boycott all future Clippers games while Sterling remained in charge:

Sterling has a history of being accused of racism: In 2009, he paid the U.S. Department of Justice $2.3 million to settle allegations that his company discriminated against minority families looking to rent apartments in Los Angeles, Yahoo! reports. He settled a similar suit in 2005 and has also been sued multiple times on race-related charges. 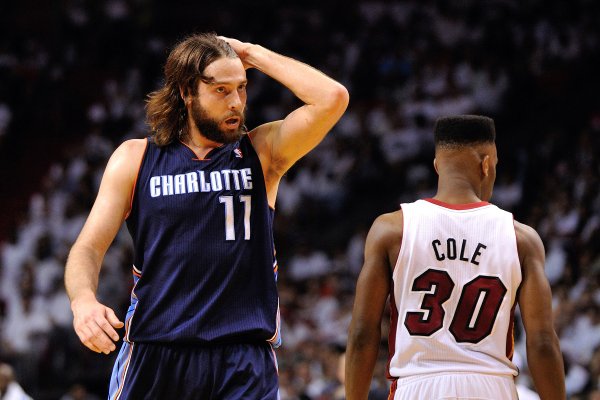 McRoberts Fined Big After Elbow to Lebron
Next Up: Editor's Pick