Is donating eggs to scientists for a research study any different from donating eggs to a couple hoping to have a baby using in vitro fertilization (IVF)? That’s a question that stem cell researchers — and policy makers — have been wrestling with ever since it became possible to “clone” cells with a technique involving eggs and skin cells. The debate is bound to heat up again thanks to a breaking study published today in the journal Nature: for the first time, scientists have generated stem cells from a patient with a disease. And last week, researchers did the same with skin cells from two healthy men.

Nuclear transfer—the cloning process that created Dolly the sheep, the first mammal to be cloned—has more important implications for humans than creating mini-mes. The technique, which involves taking adult cells and inserting them into an egg stripped of its own DNA (so the donor genes can be erased and reprogrammed to develop into any type of cell in the human body) holds promise as a way to treat and even cure a host of diseases ranging from diabetes to Alzheimer’s. But for years, the barrier to perfecting the process using human cells has been the dearth of eggs available for study.

While women have been donating eggs for decades to help infertile couples conceive through in vitro fertilization (IVF) — and getting paid around $8,000 for their trouble — ethicists have flagged concerns about compensating women who want to donate eggs for research purposes, despite the fact that the procedure is medically identical. The lack of compensation has deterred women from enrolling in stem cell studies, for example, since the process requires two weeks of daily doctor visits, injections and tests, as well as a surgical procedure to remove the eggs. “When we surveyed women who donated to IVF cycles and were compensated, and said would you be wiling to do it without compensation, do you know what? They’re not. And why would they be?” says Dr. Mark Sauer, chief of reproductive endocrinology at Columbia University who has recruited egg donors for IVF cycles for decades.

In a research context, some ethicists have said, such payment, while not for the eggs themselves but for women’s time and effort, could be coercive, and therefore exploit women who may be economically less able to resist the offers. The concern has led some states, such as Massachusetts and California, to prohibit compensating women who donate eggs to research studies. And scientists can’t use federal dollars to pay women to donate eggs for research.

But in New York, policy makers who believed that donating eggs to research studies was equivalent on ethical grounds to donating for IVF purposes, passed a law in 2009 that allowed women to be compensated up to $10,000, as they would for donating to IVF cycles. That allowed Dieter Egli, a stem cell scientist at the New York Stem Cell Foundation, and his colleagues to finally achieve success in using the technique to create stem cells from a patient – in this case, a 32 year old woman with type I diabetes. He was able to use funds from a grant from New York State Stem Cell Science as well as private sources including the New York Stem Cell Foundation and the Russell Berrie Foundation Program in Cellular Therapies of Diabetes.

Egli’s report — the one published in the journal Nature — could mean that diabetic patients may one day be able to make their own insulin-producing cells to replace their no longer functioning ones. Other patients needing to replace diseased or damaged cells may also benefit; those with Alzheimer’s could, for example, generate new neurons to replace ones involved in memory and cognition that have been lost to the neurodegenerative condition.

The feat was only possible, however, because 35 women agreed to donate 512 eggs for the study — and get compensated for their contribution. “It’s a lot of effort. To do it for no money, no compensation, would be really asking a lot, especially given the risks,” says Hannah, one of the women who agreed to donate her eggs for the study but requested a pseudonym to protect her privacy. Those risks include changes in hormone levels that can cause hot flashes, sleep disruptions, mood swings, as well as more severe but rare complications such as blood clots and kidney failure. Hannah, 32, has donated eggs to two IVF cycles as well as to this research. “The process is basically identical. So in terms of being compensated for the time and effort it took, from that perspective only, it deserves equal compensation,” she says.

Sauer, a co-author on the paper, was responsible for approaching women like Hannah who were recruited to donate for IVF cycles and ask them about whether they would be willing to donate their eggs to the stem cell study for the same compensation. Most agreed. He stresses that the compensation is not for “buying” the eggs but for the time and inconvenience of participating in the study. “To me, it always seemed insulting, to ask if they would be willing to [donate] for free to research when they could get $8,000 donating for IVF,” he says.

Could the fee be considered high enough that it’s coercive? Possibly, but if it’s not considered unethical in an IVF scenario, and the process is identical, why would it be any more suspect in a research setting? “The possibility that [my eggs] may become a living being is not more valid to me than if they become something that can help a person who is already alive,” says Hannah. And the procedure is time consuming and risky. All told, agreeing to become a donor involves weeks of disruptions, starting with the two weeks of daily appointments at the hospital for hormone injections or ultrasounds and culminating in the surgical procedure under general anesthesia to extract the eggs, which can take an entire day including the recovery. That’s followed by a few weeks of refraining from intercourse until the next menstrual period. “It’s about a month of changing your lifestyle,” says Hannah.

But thanks to donors like her, not only have Egli and his group created stem cells from the diabetic patient, they have also coaxed them to develop into insulin-producing cells that respond to glucose when transplanted into a mouse model for diabetes. He argues that the technology could potentially lead to life-saving treatments for patients, since the cells made from the process are the patient’s own, and won’t be rejected by their immune systems if transplanted. “In my opinion, we should learn to use a patient’s own cells,” Egli told reporters in a teleconference discussing the results. “I think that is going to become a reality.”

That is, as long as laws continue to allow women willing to donate eggs for research studies to be compensated just as women who donate eggs to IVF cycles. “It’s part of my body that is not being used,” says Hannah of her decision to participate in the research. “When I do hear things in the news about diseases like childhood diabetes, my ears perk up, and I wonder if at some point I’ll be hearing about the use of stem cells in developing some kind of prevention or treatment, and if my eggs contributed to that.” 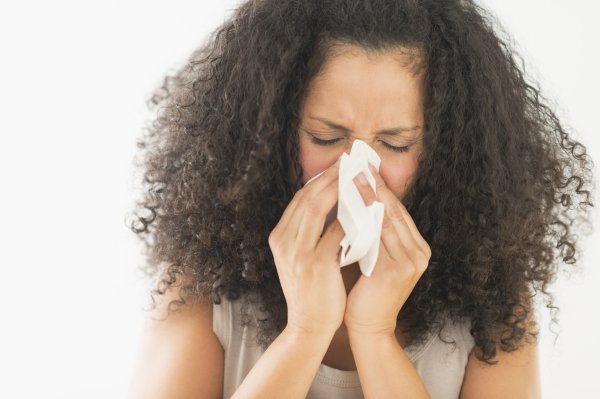