Almost Half of Homeless Men Had a Previous Brain Injury

Traumatic brain injuries (TBIs) happen in a moment: a jarring collision while playing sports, an accidental fall, a sudden bomb blast. But their effects can last for a lifetime. Cognition and decisionmaking abilities can be damaged. Mood and behavior can shift suddenly, sometimes resulting in increased aggression or reduced motivation. While most people who suffer a TBI will be able to continue on with their lives unchanged, a subset of victims are never the same. The trajectory of their life is altered permanently.

Just how altered isn’t clear, but a new study published in the journal CMAJ Open offers some sobering data about a possible connection between TBI and homelessness. Jane Topolovec-Vranic, a researcher in trauma and neurosurgery at St. Michael’s Hospital in Toronto, surveyed 111 homeless men recruited from a city shelter to see whether they had suffered a TBI sometime in their past. She found that 45% of them had experienced a traumatic brain injury at some point in their life. (Sadly, most of her subjects’ TBIs resulted from assault.)

“You could see how it would happen,” she says. “You have a concussion, and you can’t concentrate or focus. Their thinking abilities and personalities change. They can’t manage at work, and they may lose their job, and eventually lose their families. And then it’s a negative spiral” — a spiral that, for the men in Topolovec-Vranic’s study, ends up in a homeless shelter. There’s no clear data on how prevalent TBI is in the general population, which makes it difficult to say for sure whether the homeless men in Topolovec-Vranic’s study were injured at an unusually high rate. Hers was also a small study, which limits any larger conclusions about the connection between TBI and homelessness.

But the more we learn about the long-term effects of TBI, the more worrying such injuries become. Another study recently published in the Journal of Adolescent Health found that nearly half of all newly admitted adolescents to the New York penal system had a history of TBI. Studies have also shown that military veterans who suffered a TBI are more likely to commit suicide than those who didn’t.

Our brains are extraordinary machines, and we now know that they continue to change throughout our lives — for the better and, sometimes in the case of TBI, for the worse. Homelessness is sad enough in its own right, but the thought that a single traumatic brain injury could make that fate more likely is truly tragic. 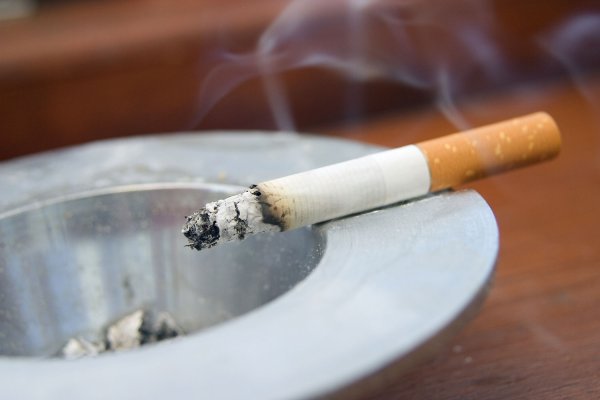 New Push to Raise Tobacco Age in Washington State
Next Up: Editor's Pick