Hordes of lobbyists have been streaming in and out of the Federal Communications Commission’s doors over the past two months, as the Commission has been hard at work at new proposed rules governing the way Internet traffic is delivered to customers’ homes.

At least 69 companies, public interest groups and trade associations have lobbied the FCC in regards to the so-called net neutrality changes, the New York Times reports. Net neutrality refers to the concept that Internet service providers should treat all Internet traffic as equal in regards to speed of delivery. Proponents of the idea say it bolsters competition among media giants, while detractors argue it amounts to undue government interference in the marketplace.

The lobbying firestorm is likely to intensify after the commission announced Wednesday that it will propose rules allowing ISPs to charge companies for Internet “fast lanes.”

That’s a position some net neutrality proponents view as antithetical to the concept they hold dear. Many of those proponents argue the new proposal, being issued under the stewardship of recently-appointed FCC Chairman Tom Wheeler, are a reversal of the net neutrality principals enshrined in an earlier FCC order that was the crowning achievement of the agency’s previous Chairman, Julius Genachowski.

Wheeler, a former cable lobbyist, has defended the FCC’s new proposals, arguing they don’t defy the agency’s earlier order. Wheeler also said that the FCC under the proposed changes would be able to stop activity deemed harmful to consumers on a case-by-case basis.

“To be very direct, the proposal would establish that behavior harmful to consumers or competition by limiting the openness of the Internet will not be permitted,” Wheeler wrote in a blog post Thursday.

FCC commissioners are set to vote on the proposed changes next month before they’re opened to public comment. 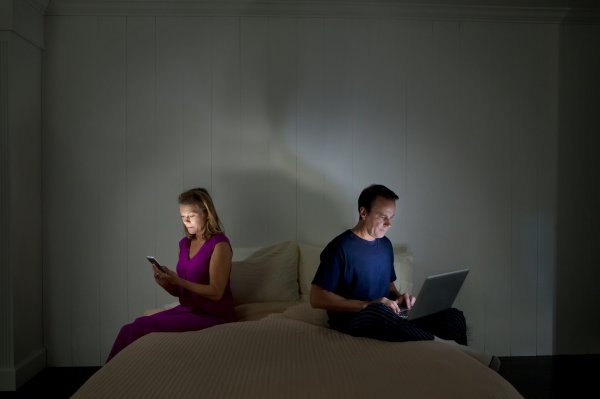 Here's How Technology Is Destroying Your Sleep
Next Up: Editor's Pick