The interim Ukrainian government in Kiev threatened to “blockade” pro-Rusian militants in the eastern town of Slovyansk on Friday, the New York Times reports, despite Moscow’s calls against engagement.

Slovyansk is one of three major eastern Ukrainian cities—the others are Donetsk and Mariupol— that have seen pro-Russian militant protests. Serhiy Pashynskyi, the acting head of the presidential administration of Ukraine, announced the blockade to prevent the militants supply chain, according to the Times. He also warned of new military movements overnight and that if Russia crosses the border, Ukraine will “eliminate the invaders.”

The announcement comes a little more than a week after U.S. Secretary of State John Kerry met with his Russian counterpart in Geneva to quell the crisis, and a day after he warned the Kremlin of possible additional economic sanctions against Russia.

Ukraine faces an apparent no-win scenario: confront the separatists and risk an invasion of Russia’s 40,000 troops hovering on the border, or allow the instability to continue while trying to piece together a country desperate for foreign aid. Making matters more complicated, Ukraine is scheduled to hold its presidential election May 25.

Moscow Thursday announced that it would start military maneuvers along the border with Ukraine while continuing to deny that it is involved in the protests racking eastern Ukraine. Several hours later, Kerry accused Russia of violating last week’s diplomatic agreement, including a provision that would require pro-Russian militants to leave government buildings in Ukraine’s east. The President spoke Friday with the leaders of France, Germany, Italy and the United Kingdom to discuss the hazardous situation. 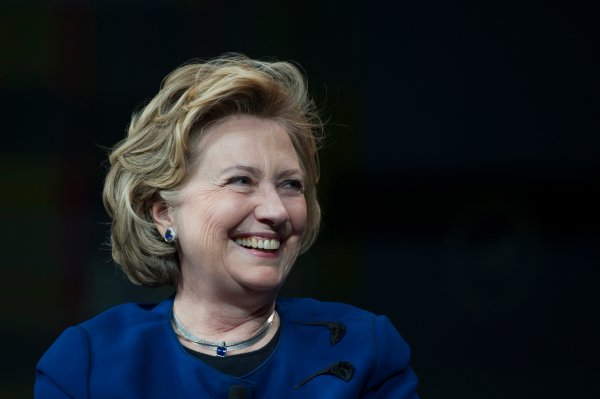 Faith Leaders Praying for Hillary in 2016
Next Up: Editor's Pick