“Moving Up,” the season finale of Parks and Recreation, was not the first episode the show has made that’s felt like a goodbye. Some of the reasons for that lie offscreen: Parks has never had blockbuster ratings, so it’s had to make season finales, and even midseason finales, that could have worked as series finales if it came to that, and it had to build its story arcs toward those endings. And this season, the show wrote off Ann and Chris in an episode that took stock of how the characters came together and where they’d gone.

But there’s also a thematic reason for it: at heart, for all its good cheer, absurd Midwestern humor, friendship, and bureaucratic satire, Parks and Rec is a show about saying goodbye. Since the show got past its early growing pains and established Leslie Knope as a capable, ambitious civil servant, it’s had baked into it the knowledge that, as fiercely as she loves Pawnee and its waffles, she is going places–eventually, other places. She’s lived by the motto “Go big or go home,” but she knows at some level that going big will someday mean leaving home.

That’s part of the emotional power of this show, a bittersweetness built into even its funniest story arcs. It’s about the universal feeling of knowing that the most special times of your life will end, even as you’re in the middle of them–and knowing that, even if it’s sad, it’s also necessary. You’ll graduate school and leave your friends. Your kids will grow up and move away from home. Everything sweet has an expiration date (with the possible exception of products manufactured by Sweetums).

I am making “Moving Up” sound like a bummer. It was not! (The Cones of Dunshire sequence alone made me laugh harder than anything this season to date.) Because it wasn’t, after all, the series finale, “Moving Up” pushed off the big goodbye, for now. “I can have everything I want!” shouted Leslie, as she hit on the inspiration to move a sizable federal government office from Chicago to Pawnee (hey, it’s TV), and in a way, this episode was Parks‘ way of having everything it wanted. It recognized that it couldn’t keep Leslie and the Parks Dept. gang together any longer in the same scenario, playing on the same field and hitting the same beats, but it kept them together in a way that, excitingly, means that the seventh (and probably final) season will be a very different thing.

Between Leslie and Ben’s visit to San Francisco and the audacious time-jump, “Moving Up” echoed the third-season “Harvest Festival” (possibly the high point of the entire series), capturing the Simpsons-like worldbuilding that the show has done in a grand, warm, spectacle. But three seasons later, it was bigger. Did I mention Michelle Obama was in the episode? Michelle Obama was in the episode! (Though, true to the spirit of Leslie’s character, she was even more starstruck by meeting her childhood idol, West region National Park Service honcho Rebecca Veruvian.)

The episode played literally on a grander stage–I would not have pegged Pawnee folks for Decemberists fans, but who knows, maybe they’re more of an Eagleton thing–and was this time jammed with celebrity cameos, but there was the same sense of the broad sweep of the Pawnee community. The celebration had more of a sense, though, of being one last fling: the star-studded Li’l Sebastian anthem also showed how Andy had grown since his flailing Mouse Rat days, the unmasking of Duke Silver[!] was the sort of move reserved for a series’ final days. It felt like goodbye.

And then suddenly–for now–it wasn’t. Moving the story ahead three years may or may not work in the long run, but it was an ingenious decision to avoid the pitfalls of keeping the status quo for another season. It will let Mike Schur and company-to the extent they want to–make Parks and Rec into something of a sequel to itself. By moving Leslie into the National Park Service, the show can play on a more national stage rather than revisit the foibles of Pawnee and its demanding citizenry. (Now the entire Midwest can complain to Leslie!)

It will hopefully give characters like Tom the room to show growth instead of repeating themselves. It lets us skip over pregnancy storylines and the babies’ infancy (take it from a parent: nothing more boring). It allows the chance to expand the show’s world even further, a prospect hinted at by the brief appearance of Jon Hamm as the most incompetent underling–“And that includes Terry!”–whose three-year tenure we just missed. And it offers the intriguing chance to move problem-solver Leslie from being a counterpoint to our contentious political present to being a player in an alternative near-future. (It will also, presumably, have to gloss over the question of whether Leslie’s icon Hillary Clinton is now President come 2017. And barring flashbacks, I guess we’ve seen our last present-day Washington cameo. Sorry, Secretary of the Interior Sally Jewell!)

The decision could be invigorating; it could be the equivalent of late-season sitcom fiascoes like having Roseanne win the lottery. But either way, the series finale that wasn’t, in a way, actually was. The Parks and Recreation that we watched for six seasons has finished its run. “Moving Up” was a delightful capper to the sixth season. It also started to prepare us for the episode when Leslie and Ben and Pawnee and all of us will be moving on. 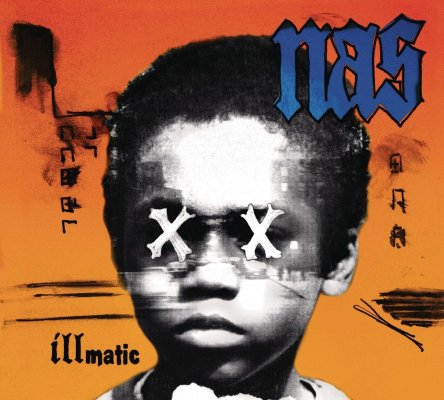 REVIEW: Nas' Illmatic Stands the Test of Time for 20th-Anniversary Reissue
Next Up: Editor's Pick