It looks like 2014 is shaping up to be a big year for Seth Meyers. The beloved Saturday Night Live star not only left his Weekend Update post to become the host of Late Night and was named a 2014 TIME 100 honoree, he’s also just been tapped to host this year’s Primetime Emmy Awards ceremony.

Deadline reports that the TV Academy’s Board of Governors approved Meyers as a host on Thursday evening, along with Don Mischer as executive producer.

Though hosting a major award show can prove challenging for even the most skilled entertainers, SNL alums have had a reputation for nailing it. Jimmy Fallon hosted the Emmys in 2010, which gave the awards ceremony a big boost in viewers. And let’s not forget Tina Fey and Amy Poehler, who’ve turned hosting the Golden Globes into an art form. And while this year will mark Meyer’s debut as an Emmy host, he’s not exactly new to the award game: he emceed both the 2010 and 2011 ESPY Awards and the White House Correspondents’ Dinner in 2011.

“Seth’s expertise and ease in front of a live audience during his time at SNL, as well as his comedic brilliance both as a writer and in front of the camera on SNL and Late Night, makes him the perfect choice to host the Emmys,” NBC’s head of alternative and late-night programming Paul Telegdy told Deadline. “Plus, with Don’s vast experience at putting these type of big productions together, we’ll be in great hands.” 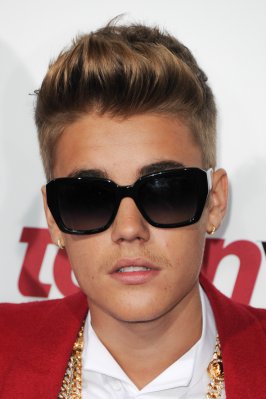 Bieber Briefly Held by U.S. Customs After Asia Trip
Next Up: Editor's Pick