People inspect the wreckage of a car hit by an air strike in the central Yemeni province of al-Bayda April 19, 2014.
Stringer—Reuters
By Karl Vick

Al-Qaeda is so many places these days that it’s easy to overlook the one spot on the globe arguably most dangerous to the West. But the stony hills of southern Yemen stood out vividly in the video that surfaced on the Internet last week, as did the scores of jihadi fighters who gathered to chant and pray in a brazen open-air meeting. The leader of al-Qaeda on the Arabian Peninsula, a former secretary to Osama bin Laden named Nasser al-Wuhayshi, sat on a rock and held forth on the importance of striking America—“the bearer of the cross.” Pick-ups carried black Qaeda flags fringed in gold, like the campaign standards of a regular army, all in the clear light of day.

“Many wondered, myself included, where were the drones during such a public display of al-Qaeda’s power?” Charles Schmitz, a Yemen specialist at Towson University in Maryland, tells TIME.

“Last weekend was the answer.”

The U.S. and Yemen launched joint attacks late Saturday that continued through Monday. The attacks served as a reminder of the persistent terror threat in Yemen, the ancestral homeland of bin Laden and a stronghold of al-Qaeda’s “old school”—militants focused not on sectarian warfare within Islam, but on “the far enemy,” meaning the West and, especially, the United States. Waves of American aircraft—identified by Yemeni officials as drones—targeted militants in vehicles, while Yemeni commandos poured from Russian-made helicopters steered by U.S. Special Operations pilots. The government of Yemen said 55 militants were killed, a sizable number that analysts said may also be significant.

DNA tests were underway to nail down identities, Yemeni president Abed Rabbo Mansour Hadi told reporters on Wednesday. Initial reports indicated that the dead may include Ibrahim al-Asiri, the bomb-maker U.S. officials dubbed “the world’s most dangerous terrorist” because of his talent for getting explosives past security. Among al-Asiri’s innovations were the “underwear bomb” that a militant failed to detonate on an airliner over Detroit in 2009, as well as explosives hidden in computer printers shipped to the U.S. Earlier in 2009, al-Asiri dispatched his own brother on a suicide mission aimed at a Saudi interior ministry official.

“They are a serious terrorism threat, given the technical capability, the level of innovation in delivery,” Ranstorp says. “They almost have an autistic obsession with striking civilization.”

That alone distinguishes AQAP from other al-Qaeda branches, many of which are more interested in winning territory or waging sectarian war on Muslims they regard as apostates, often followers of the faith’s Shiite tradition. Qaeda fighters took over much of Yemen’s south in the security vacuum that followed the Arab Spring uprisings, only to be pushed into the mountains by government forces in 2012.

But the terror group remained focused on striking overseas. “AQAP appears to be the only one that’s still vectored toward, ‘We gotta hit the US, we gotta go after the Far Enemy,’ and that was al-Qaeda’s original banner,” says Clint Watts, a former FBI agent and officer at the Combating Terrorism Center at West Point.

Watts says there are indications that young members of AQAP, many of them Saudis who fought in Iraq, appear to be arguing for greater involvement in sectarian conflicts, and building a state based on Sharia law. And indeed, in the video that surfaced earlier this month, several militants speak of concentrating their attention within Yemen, where a Shiite uprising supported by Iran festers in the north.

But Watts says “the old guard” remains in control. “That’s the track record, and they’re the group that’s committed to external operations against the U.S. and the West,” he says.

That also explains the cascading U.S.-Yemeni joint strikes last weekend, which, based on the relative complexity involved, Watts says appeared to have been in the works for some time. U.S. Special Forces, both in Yemen and across the Bab-al-Mandab (Gate of Tears) in Djibouti, have worked closely with Yemen’s military and intelligence since 2001, and more openly since Hadi became president. But Schmitz, the Towson professor, says Yemenis harbor the same concerns about their sovereignty and civilian casualties that plagued the American drone campaign in Pakistan. And in Yemen, al-Qaeda has consistently bounced back, in recent months overrunning military installations, attacking the Ministry of Defense, and breaking 19 militants out of the capital’s central prison.

“These operations seem to show that al-Qaeda was alive and well,” Schmitz says. “In spite of five years of drone warfare and three years of direct confrontation with the Yemeni military in which many people have been killed, al-Qaeda shows great resourcefulness and resilience.” 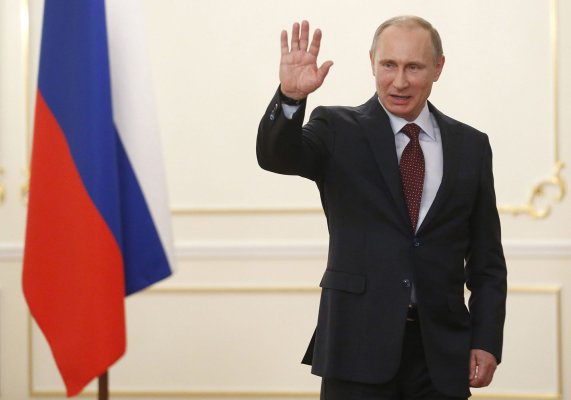 Putin’s Crafty Approach Is Paying Off in Ukraine
Next Up: Editor's Pick