Justin Bieber was detained at Los Angeles International Airport by U.S. Customs officials on Thursday after returning from Asia.

The singer was held for “routine secondary questioning,” according to People, and is not blocked from re-entering the the United States. Bieber reportedly spent more than two hours at the airport after arriving on a flight from Tokyo as his entourage waited for him.

Bieber was arrested in January in Miami Beach for driving under the influence. Less than a week later, Canadian police charged him with suspicion of assaulting a limousine driver. He was also recently named a suspect in an egging incident at a neighbor’s house in his gated Calabasas, California community.

A petition asking the White House to deport the Canadian native following several arrests has gotten more than 274,000 signatures. But the White House issued a statement Monday saying it would not comment on the petition. “Sorry to disappoint, but we won’t be commenting on this one,” reads the statement. 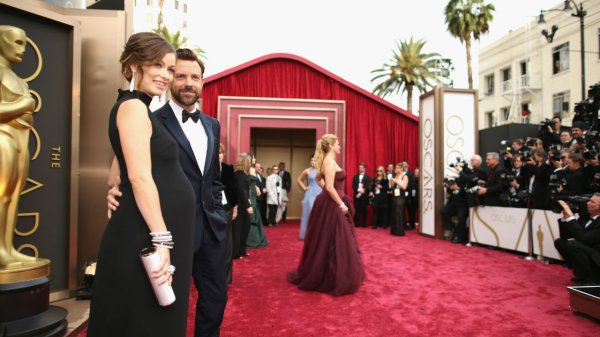 It’s a Boy For Olivia Wilde and Jason Sudeikis
Next Up: Editor's Pick