The Secrets on 'Secret' Are Getting Juicier

I’ve been using Secret–the iPhone app that lets you share brief items with friends without knowing who’s who–off and on since it debuted in February. Like all social networks, the content you see is determined by the people you know. In my case, the stream is an odd melange of musings about life in Silicon Valley, touching expressions of gratitude for family and friends, bad-taste jokes and private-life details I’d usually rather not know about. And it’s often not clear which secrets are sincere and which one are hoaxes.

In the last week or so, Secret has become something people thought it might be from the moment it launched: a source of juicy news about the tech industry.

First, a user posted that Nike was going to slash the staff responsible for its FuelBand wearable gizmo:

That turned out to be true. And then someone–presumably a different someone–posted that Vic Gundotra, the Google executive in charge of Google+, was job hunting:

That secret also panned out.

It would be very, very dangerous to assume that any future scuttlebutt of this sort is the real deal: Anyone can post anything on Secret, and it’s all anonymous. So there’s little danger in gaming the system with malicious fibs and/or silly stuff that may or may not be legit.

Still, if I worked in a prominent company in the industry and was up to something I didn’t want anyone to know just yet, Secret would freak me out. It seems like a pretty safe bet that bigger secrets than these will leak via the app at some point–and there’s nothing that anyone can do to prevent it. 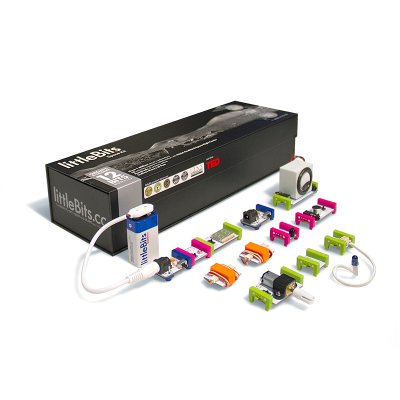 LittleBits' Space-Themed Electronics Kit Is Plug-and-Play and NASA-Approved
Next Up: Editor's Pick