Why Buffett Should Vote 'No' on Coke

The discussion over inequality is all the rage these days, and it’s been given a new wrinkle with the hoopla over Warren Buffett’s abstention from a vote over Coke’s new compensation plan, which would award billions of dollars to Coke managers in Coke stock if they hit certain performance targets. Buffett told CNBC that he opposed the idea, but wouldn’t directly vote against it, because he loved the company, which was run by “great people” (which, it must be said, includes his son, who sits on the firm’s board). Traditionally, Buffett has opposed excessive corporate compensation, as well as the stock buyback plans that often fuel oversized packages, because, as he said in a 1999 letter to shareholders, “repurchases are all the rage, but are all too often made for an unstated and, in our view, ignoble reason: to pump or support the stock price.”

I couldn’t agree more, and I wish he’d gone further and actually voted “No” to the Coke proposal. Pumping up corporate compensation with excessive stock deals fuels not only inequality but bad decision making (since executives are incentivized to do things that pump up prices in the short term but cut growth in the longer term.

Buy backs are a case in point. Even more than in the late 1999s, buybacks are all the rage right now. University of Massachusetts professor William Lazonick, who studies the effects of buybacks on corporate compensation and inequality, recently put out a paper showing that between 2003 and 2012, 449 of the S&P 500 companies gave out more than half of their earnings, some $2.4 trillion, on buying back shares of their own company. While this might seem like a vote of confidence, it’s hardly coincidental that his research shows that buybacks also tend to go hand-in-hand with lower future earnings and bull markets. Companies don’t buy back stock in down markets because they believe that the market has undervalued their great products and ingenuity; they do it in bull markets because they want to bolster their own pay at a time when underlying growth is sagging.

It’s a strategy being carried out today at companies like Apple, which just announced more share buybacks even as it announced lower earnings, and at Yahoo, which has offset an underwhelming growth story by buying back stock. It’s happening at Coke, too, and most of the country’s largest blue chip firms. It’s no wonder that execs want to be paid in stock – buybacks almost always bolster share prices over the short term, and investment income like stock makes you a lot richer than earned income from actual labor. It also decreases the amount of the economic pie that goes to labor versus management.

All this worries me. If you chart the rise of share buybacks against R&D spending in corporate America since the 1980s, the lines make a perfect X. We are very clearly bankrupting our future growth here. As Lazonick puts it, “Since the mid-1980s, corporations have funded the stock market rather than the market funding corporations.” Not to mention workers, or jobs (most large American corporations have had zero net job growth here at home over the last 30 years, even as corporate pay has risen to nosebleed levels). No wonder Thomas Piketty’s book on inequality and the triumph of capital over labor is at #1 on Amazon. 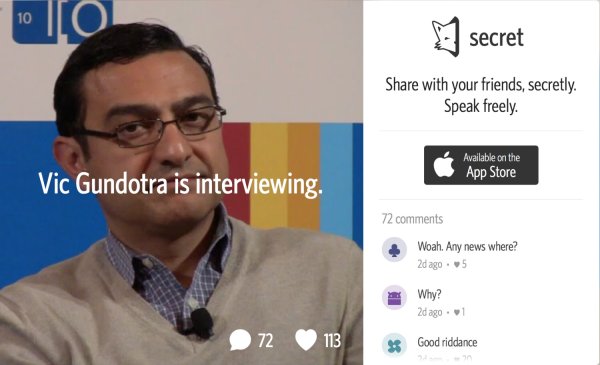 The Secrets on 'Secret' Are Getting Juicier
Next Up: Editor's Pick