Asian workers wear mouth and nose masks while on duty during a football match at the King Fahad stadium, on April 22, 2014 in Riyadh. The health ministry reported more MERS cases in the city of Jeddah, prompting authorities to close the emergency department at the city's King Fahd Hospital.
Fayez Nureldine—AFP/Getty Images
By Alexandra Sifferlin

Among the newly infected is a 65-year-old Turkish pilgrim in Mecca, one of two cities where millions of Muslims from across the world will gather later this year for the Hajj, an annual Islamic ritual. Some health experts are concerned the gatherings will exacerbate MERS’ rapid spread to other countries.

Saudi Arabia has seen a spike in MERS infections in recent weeks, with many health workers among the sick and the dead. The Saudi Health Ministry says there have now been 297 cases and 85 deaths related to the virus since it first appeared in the country two years ago.

MERS is in the same family of viruses as SARS (Severe Acute Respiratory Syndrome) and the common cold. MERS has no vaccine or treatment. It’s unclear how the virus is being transmitted, though some scientists theorize that the virus may have spread from camels. The virus does not spread as quickly as SARS. It’s possible MERS will die out on its own, though some are worried it could mutate into a more easily-spreadable disease. 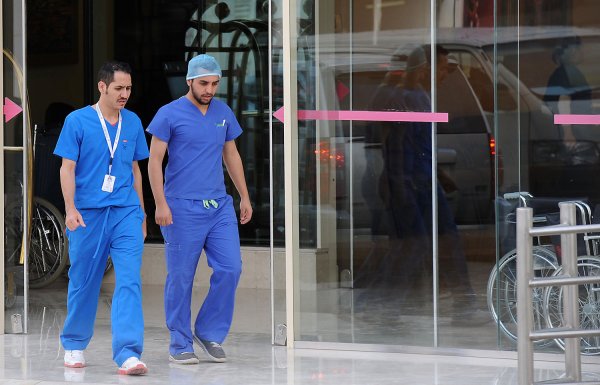