U.S. journalist Simon Ostrovsky, who was abducted and held by pro-Kremlin rebels in east Ukraine this week, arrives in a hotel in the eastern Ukrainian city of Donetsk after being freed, on April 24, 2014.
Alexander Khudoteply—AFP/Getty Images
By Noah Rayman

An American journalist for VICE News detained by separatists in eastern Ukraine has been released and is in good health, the outlet confirmed on its website Thursday.

Simon Ostrovsky and four other journalists, including TIME’s Berlin Correspondent Simon Shuster, were detained Monday evening by Pro-Russia separatist militia, in an incident that highlighted the increasing threat to journalists working in the region. The other four were released after about an hour, but New York-based Ostrovsky was held because he was “suspected of bad activities,” said Stella Khorosheva, a spokeswoman for the militia in the separatist-held town of Slavyansk.

The journalists—including Ostrovsky, Shuster, a Ukrainian photographer, a British photojournalist, and a Russian photographer—were traveling in a car in Slavyansk when they were stopped at a separatist checkpoint.

The full statement from VICE News: 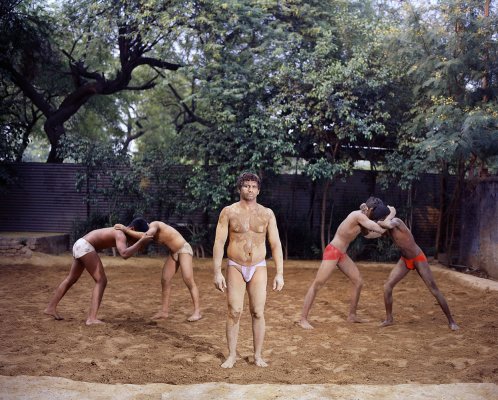