Plushenko's Retirement Is Proof He Should Have Quit Before Sochi

Evgeni Plushenko of Russia waves to spectators after he pulled out of the men's short program figure skating competition due to illness at the Iceberg Skating Palace, Feb. 13, 2014, in Sochi, Russia.
Ivan Sekretarev—AP
By Simon Shuster

After his aborted performance on Thursday—and the subsequent announcement of his retirement—it became all too clear that Evgeni Plushenko should have passed the torch to a younger skater before the Sochi Olympics commenced. For nearly a decade, the flamboyant figure skater has dominated the sport in Russia. At the age of 31, which is right around retirement age for an Olympic figure skater, he decided to try his Olympic luck for the third time despite a recent spinal surgery. It worked out well for him on Sunday, when he won a gold medal along with nine of his teammates in Sochi as part of the team figure skating competition. But four days later, when it came time for him to perform in the men’s singles, he skated up to the judges booth after a warm-up and told them he couldn’t go on. With that, Team Russia’s chances of a gold dropped to zero in the event where it has long been dominant.

As TIME reported earlier this week, Plushenko’s back was troubling him toward the end of his solo performance at Sunday’s team event. But he and his coaches boldly decided to carry on. “There are no healthy athletes in the major leagues,” said his coach, Alexei Mishin. “Everybody hurts.” Plushenko even suggested that he might compete in the next Winter Games four years from now.

That sounded almost delusional. On the strength of his remaining talents, it had been hard for him even to make it into these Olympics. He lost a key qualifying round in December to a young upstart named Maxim Kovtun, who is 12 years younger than Plushenko and approaching his prime. But the veteran wouldn’t give up. He refused to compete in the last qualifying round for Sochi, saying that he was too busy training for the Olympics, and he used his celebrity status in Russia to help lobby for another shot. After much debate in the press, he got it.

The Russian figure skating association allowed him to dance a “control run” for a committee of skating experts less than three weeks before the Games. Although that performance was never shown to the public or the press, the committee ruled that it was enough to give Plushenko a ticket to Sochi.

That now looks to have been a mistake. The pain that began bothering him during the team event on Sunday never went away, his coach said on Thursday. Then things got worse. The day before the singles event, Plushenko took a heavy fall during training. “The pain didn’t let up in the morning,” Mishin told a Russian newspaper. “We took medication, but it didn’t help.”

Russia, which has no replacement for him in the men’s short program, is now out of that contest, which should have offered one of its best chances for another gold. And they needed it. A week into the Games, Russia has only two golds and stands in seventh place in the overall medals tally, behind Switzerland. Plushenko had a chance to turn that around, but the chances of a younger skater would clearly have been better. 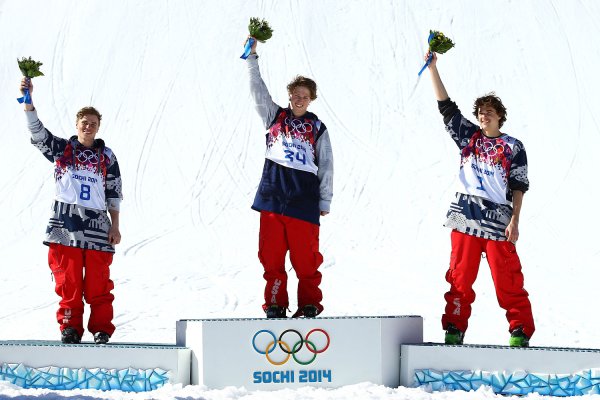 Americans Win All Three Medals in New Skiing Event
Next Up: Editor's Pick