Culture Blaming and Stereotyping in the South Korean Ferry Tragedy

It’s a story that gets more tragic by the hour. The Sewol ferry, carrying 476 passengers, mostly youth from one high school in Ansan, South Korea, capsized last Wednesday while en route to Jeju Island. Shortly after the sinking, 174 passengers were rescued. More than a week later, at the time of this writing, 175 are confirmed dead; 127 are missing.

It’s also a story that’s downright mystifying. A captain that jumped ship. Untouched lifeboats. Orders to stay put as the vessel rolled. As bodies continue to be pulled from the sea, and as families desperately seek answers, the Sewol disaster has created a cultural flashpoint, forcing many to ask, “Who is to blame?”

It’s a question that is haunting a nation, baffling pundits, and challenging a highly militarized government hailed for its organization and efficiency. And while Sewol’s captain remains Public Enemy No. 1, media outlets are factoring in a more amorphous villain: South Korean culture. “Media coverage has portrayed the ferry disaster either as a terrible tragedy that any person can sympathize with,” says Ju Hui Judy Han, a professor of cultural geography of travel at the University of Toronto, “or as a bizarre accident that could have only happened somewhere else.”

According to several English-language media reports, the Asian country’s “culture of obedience” and youth deference to authority is the culprit. The Los Angeles Times reports that the disaster has “cast a harsh light on a Confucian culture in which young people are taught to respect the older generation,” while Reuters cites, “Many of the children did not question their elders, as is customary in hierarchical Korean society. They paid for their obedience with their lives.”

Others echo the sentiment:

It’s called “culture blaming,” and the media embraces it – especially the mainstream. “There’s two issues at play,” says Elizabeth Spayd, editor and publisher of Columbia Journalism Review. “First, there are many correspondents who parachute in to write about disasters who aren’t that familiar with the culture they drop into. (And it’s also true, in most American newsrooms, that the staff is not as diversified as the world.) But another reality is that, after a big disaster, when everyone’s looking for answers, people grab for whatever they can find.”

We saw culture blaming, too, when South Korean norms were incriminated for the Asiana Airlines crash in San Francisco last year, while Korean male anger and aggression served as an “explanation” for Seung-Hui Cho’s shooting spree on the Virginia Tech campus in 2007. Call it a journalistic hit: Sewol coverage transforms into a spectacle of groundless theories on how a culture is partially guilty for the wiping out of an entire sophomore class. On the surface, it appears like an innocuous and thoughtful attempt to offer insight, but at the root is the suggestion that these cultures are inferior, broken, or backwards. It paints a portrait of Asian youth without humanity and individual agency.

Should aspects of Korean society be scrutinized? Of course. Poor communication, disorganization, and complacency – compounded with fumbling bureaucracies and the lack of protocol and proper training – resulted in a botched rescue mission that has South Korea reeling. But to theorize that the high death toll is linked to a perceived cultural flaw or deficiency is a lazy journalistic shortcut. It fits a stereotype.

Meanwhile, what’s missed in all this culture blaming is the real cause. “Culture is not to blame for the Sewol disaster,” says Jaehwan Cho, a South Korean reporter covering the story in Seoul and Ansan. “It represents the problem of government structure.” The worst offense: It places blame on the victims and their families as a nation grieves.

If this happened to American teens, would we point to American culture as the source of the accident, or criticize our youth for not knowing what to do? Would we have blamed them for not surviving? 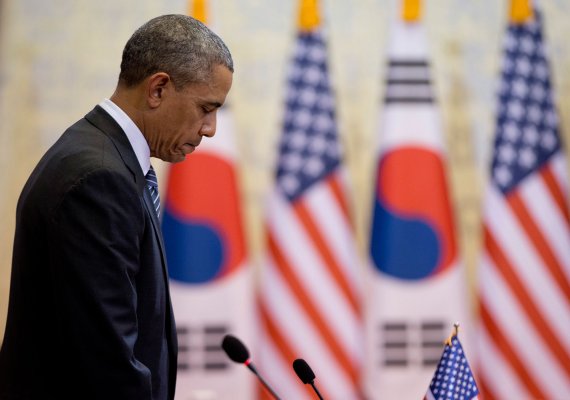