Some of Yao Chen’s work goes beyond language barriers. The Chinese actress, who has been named one of the most influential people in the world on this year’s TIME 100 list, does more than grace the big and small screen. As Hannah Beech, TIME’s China bureau chief, notes in her explanation of why the actress deserves the honor, Yao has 66 millon followers on Weibo, a Chinese service along the lines of Twitter, and uses her access to fans to speak out on topics from pollution to censorship.

But when it comes to her acting roles, language has so far meant that she may be unfamiliar to potential followers. So, if you’re new to Yao Chen and don’t speak or read Chinese, here are a few ways you can get to know her work:

This rom-com won date-night raves and comparisons to The Devil Wears Prada when it was released in 2010. Yao stars as the Anne Hathaway analog, with a demanding fashion-editor boss and an artist boyfriend who may be bad news. The movie is available with English subtitles on DVD and Blu-ray.

This 2013 caper is a prequel to Yao’s 2009 movie Sophie’s Revenge; Yao has a small-ish role as a friend of star Ziyi Zhang (The Grandmaster), whose character gets accidentally caught up in a jewel heist. The movie is available with English subtitles on DVD and Blu-ray. (Fun fact: Director Dennie Gordon is best known for her work on American TV series, from Dawson’s Creek to Burn Notice.)

Her most recent role was in this action thriller, in which Yao plays the girlfriend of a former criminal who volunteers to infiltrate a violent gang. The movie is available with English subtitles on DVD and Blu-ray. 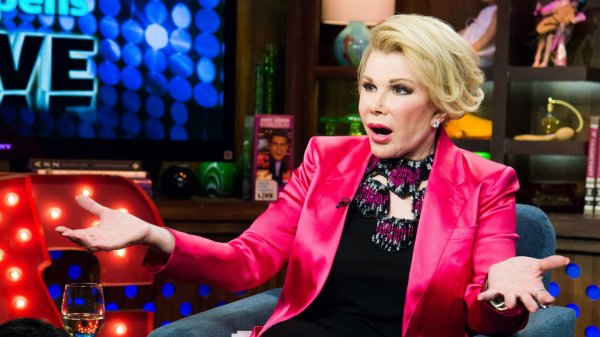 Joan Rivers: 'Let's Move On'
Next Up: Editor's Pick