Advocates React To Mississippi Ban On Abortions After 20 Weeks

A bill signed by Mississippi Gov. Phil Bryant on Wednesday that bans abortions after 20 weeks with no exception for cases of rape or incest has provoked typically split reactions from the pro-life and pro-choice communities.

“Today is an important day for protecting the unborn and the health and safety of women in Mississippi,” Bryant said after signing HB 1400, which is set to become a law July 1. The bill bans abortion starting at 20 weeks’ gestational age, or since the beginning of the woman’s last period of menstruation. Pregnancies typically last 40 weeks. While the bill doesn’t provide exceptions to women who have been the victim of rape or incest, it does allow women to abort if they face risks of death or permanent injury or “severe fetal abnormalities.”

Opponents, however, called the new restrictions “dangerous” and “unconstitutional.” The Center for Reproductive Rights said that instances of abortions after 20 weeks were “exceptionally rare,” claiming only two were performed in 2012.

According to the Guttmacher Institute, which deals with reproductive health, while 23 percent of American abortion providers offer abortions at 20 weeks, only 1.2 percent of abortions occur after that point. Still, there has been a recent trend of legislation to bar abortion at that period. Several states including Alabama, Arkansas, Louisiana, and Texas ban abortions from the mid-pregnancy point.

But Planned Parenthood claimed that while those bans begin at the point of fertilization — or two weeks after the first day of a woman’s last menstrual cycle — the Mississippi law would start counting the pregnancy at gestation, prohibiting abortions two weeks earlier than most other so-called 20-week bans. “Women who make the deeply personal and often complex decision to end a pregnancy [at its midpoint] should do so in consultation with their physician, not politicians,” Felicia Brown-Williams, director of public policy for Planned Parenthood Southeast, told The Clarion-Ledger.

But Diane Deriz, who owns Mississippi’s only abortion clinic, says that the bill would have little bearing on actual abortion practices in the state. “[The bill is] a totally irrelevant piece of legislation that I’m sure was aimed at the clinic,” Derzis, owner of the Jackson Women’s Health Organization, told the Jacksonville Free Press in March. “The clinic goes to 16 weeks, so what difference does that bill make?” 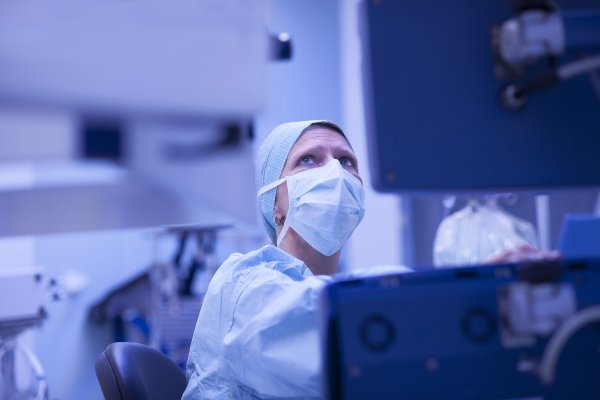